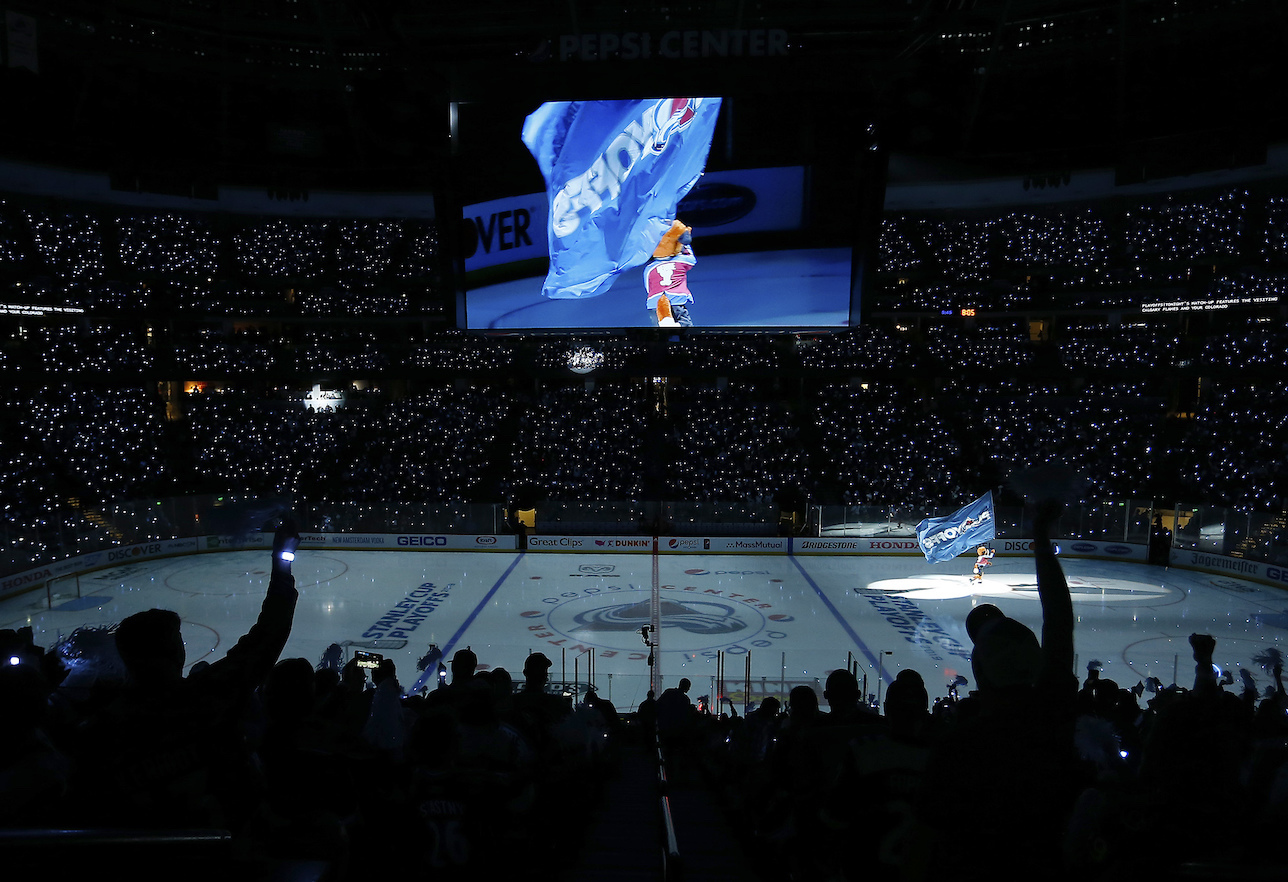 While Denver sports fans inside Ball Arena have spent the season watching Mikko Rantanen rack up points for the Colorado Avalanche and Denver Nuggets center Nikola JokiÄ‡ throwing triple-doubles seemingly every night, many fans at home were left in the dark – literally. The reason? Ongoing local television blackouts for teams, thanks to a years-long battle between statewide cable companies and Altitude Sports and Entertainment, the regional sports network operated by Kroenke Sports and Entertainment (KSE), the company owns the Colorado Avalanche, Denver Nuggets, and several other sports franchises in Colorado.

Since the launch of the Altitude Sports channel in 2004, fans subscribing to major cable companies could tune in to watch their teams without issue for years. But in August 2019, DISH Network dropped Altitude when its 15-year contracts expired, and almost every other major cable subscription service followed suit, including Comcast, Colorado’s largest provider. Negotiations to secure new contracts have since soured and led to a lengthy antitrust lawsuit between Altitude and Comcast, leaving thousands of fans with television blackouts for the third consecutive season. And the Nuggets, despite their success (not to mention having the reigning league MVP on their team), are on course to have the lowest local TV rating in the NBA for at least the last 15 years.

Although the companies are expected to remain in discussions for the next few months, a resolution to the nearly three-year-old dispute still appears to be up in the air. So even though the Nuggets face the Golden State Warriors on April 16 in the first round of the NBA playoffs, and the Avs are on course to clinch the NHL Central Division before their playoffs in May, fans want watching the respective playoffs on TV shouldn’t give them hope. Ahead of the playoffs and the next corporate settlement meeting in June, we have prepared a reminder on the dispute.

April 2000: American businessman and billionaire Stan Kroenke, founder and namesake of KSE, becomes sole owner of the Avalanche and Nuggets, buying the teams and Ball Arena (formerly the Pepsi Center) for approximately $450 million. The seller, Charlie Lyons of Ascent Entertainment Group Inc., had been responsible for developing and financing the shared arena and moving the Avalanche to Denver from Quebec.

September 4, 2004: Kroenke launches the Altitude Sports network as the television home for Avs and Nuggets games, bringing games to local viewers and nine other neighboring states and forging a direct competitor to regional FSN sports channel Rocky Mountain (now known as AT&T SportsNet Rocky Mountain). At the end of the year, Kroenke would add the Colorado Rapids and Colorado Mammoth to his growing sports empire. Over the next decade, Kroenke would gobble up more media properties, including a number of Denver-area radio stations and the Outdoor Channel. KSE would eventually become the sole entity not only of ownership, but also of audience, for the Kroenke teams.

August 28, 2019: The agreement between Colorado-based DISH Network and Altitude expires as DISH”[fought] back against the broken regional sports business model,â€ saying he no longer wants all customers to pay for TV only a few watch. Three days later, as their contracts with Altitude also expire, Comcast – Colorado’s largest cable company – and DirecTV are following suit, accusing Altitude of demanding unjustified price increases against the cable companies.

October 31, 2019: Direc TV add elevation to its programming offerings after the two parties reached a multi-year mutual agreement. No financial details of the deal were disclosed, but Altitude has remained on the air for DirecTV customers ever since, which customers can access with the brand’s $89-per-month “Choice” package.

November 2019: Altitude Sports files a class action lawsuit court case in US District Court in Colorado, accusing Comcast of violating federal and state antitrust laws by trying to drive Altitude out of business and pocket more money. Altitude says Comcast plans to eventually “monopolize” sports programming in Denver with its own regional sports network. That same month, Colorado Attorney General Phil Weiser announced that his office was investigating Comcast and DirecTV for “misleading business practicesclaiming the companies were quietly overcharging existing customers in the aftermath of new sports power cuts. (DirecTV would continue to pay over a million dollars in refunds to customers as part of a settlement.)

December 2020: A federal judge partially denies Comcast’s motion to dismiss case, finding that there are still grounds to pursue the “anti-competitive” allegations in the case. The dispute is raging, with both parties now pointing to attempts at monopolization.

January 2022: Frustrated by the endless whims and lack of resolve from both companies, State Rep. Kyle Mullica and House Speaker Alec Garnett Take the things over control. The draft pair HB22-1058, which would give Colorado’s attorney general the power to force any cable company and regional sports network, not just Altitude, into non-binding mediation for disputes that lasted more than six weeks after a contract expired. The bill has yet to be heard by the Trade and Labor Affairs Committee.

February 23, 2022: Comcast and Altitude to meet before a federal arbitrator two months after a local judge ordered the companies to appear in court to offer solutions to resolve the case. Altitude had updated its position with a new offer to Comcast in the previous hearing, and many fans felt the meeting signaled the end of the dispute. But no decision has been made – and no further information on a timeline has been released – leaving fans particularly confused.

April 2022: New court documents show that Altitude and Comcast are ready to meet again June 2. No information was provided as to when Altitude last made a contract offer to Comcast. Comcast is sticking to its original position, saying they are only interested in terms that would allow them to show games to customers who want to subscribe without raising prices for all of their customers.

With such a drawn-out dispute and more questions than answers for home viewers, the frustration will most likely continue throughout the Nuggets and Avs playoffs. Until an agreement is reached, supporters will have to resort to rallying behind their teams from sports bars or from the stands.