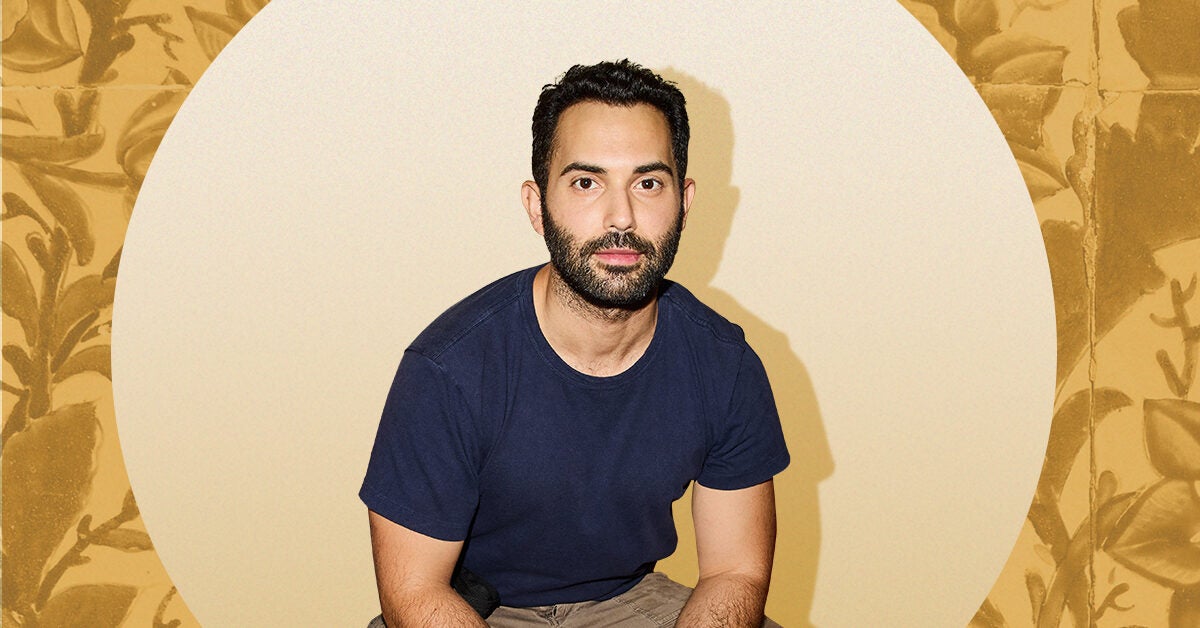 Baraghani shares her philosophy on food and identity with Healthline – plus, the Chickpea Cacio e Pepe recipe from her new book.

Andy Baraghani describes himself as curious — curious to cook, to travel, to mix these passions and to share what he has learned with others.

This curiosity underpins the philosophy behind her next cookbook“The Cook You Want To Be: Everyday Recipes To Impress,” out May 24 from Lorena Jones Books (Penguin Random House).

“I want to gather as much information and knowledge as I can and process it, and then be able to store it or, even better, pass that information on,” Baraghani told Healthline.

A chef, food writer, recipe developer and former editor of Bon Appétit et Saveur, Baraghani seeks to do just that in his cookbook: guide readers in creating dishes that don’t require a lot of culinary experience, knowledge of nutrition or kitchen gadgets.

The more than 120 recipes are inspired by his identity as a first-generation queer Iranian-American, as well as his experiences traveling the world and cooking for and with others, such as at restaurants like Chez Panisse and Estela. .

To that end, the cookbook features personal essays that explore these inspirations and offer practical tips for making cooking simpler.

The cookbook’s offerings range from “Mighty Little Recipes” — such as sauces and dressings — and snacks to share (like Borani, aka the queen of all yogurt dips) to meat dishes and a few desserts. , like an apple and tahini pancake.

But, Baraghani said, “this book is mostly about vegetables.”

In fact, he said one of his favorite chapters is “Salad for Days,” which is — you guessed it — all about innovative salads, including the eat-with-everything cucumber salad and chunky ones. of citrus with avocado and caramelized dates.

Another favorite chapter, “Mind Your Veg,” puts veggies front and center in recipes like caramelized sweet potatoes with browned butter harissa and peas with chunky chunks of feta and zhoug.

“I want the food to not only taste good, but I want it to make you feel good.”

Part of that effort, he said, included writing recipes that don’t expect readers to use kitchen gadgets like juicers or garlic presses if they don’t want to. not or do not have these items on hand.

Although the book includes a guide to kitchen equipment and utensils that people might find useful, Baraghani said it was important to keep it practical.

“I think there’s this fear in so many people who cook,” he said. “Adding all this equipment over-complicates tasks that aren’t complicated at all.”

It’s also why, in the age of YouTube chefs and TikTok recipes, Baraghani was inspired to publish a print cookbook rather than share those recipes online.

A print cookbook, he said, encourages something critical that social media cooking doesn’t necessarily make room for: taking your time.

Additionally, it allowed Baraghani to work with designers, photographers, and other artists to lay out the cookbook so that the book itself could contribute to the storytelling in its own way.

You can order “The Cook You Want to Be: Everyday Recipes to Impress” at Books by Lorena Jones (Penguin Random House) via Amazon here.

“I certainly don’t promise that you will be the greatest cook in the world after this book,” Baraghani said. “I promise you will learn at least one thing that will make you a more confident and curious cook.”

Serves: 4 (plus, maybe, some remnants, although I doubt it)

Rose Thorne is associate editor at Healthline Nutrition. A 2021 graduate of Mercer University with a degree in journalism and women’s and gender studies, Rose has bylines for Business Insider, The Washington Post, The Lily, Georgia Public Broadcasting, and more. The professional accomplishments of which Rose is most proud include being editor of a college journal and working for Fair Fight Action, the national suffrage organization. Rose covers the intersections of gender, sexuality and health, and is a member of the Association of LGBTQ+ Journalists and the Association of Trans Journalists.. You can find Rose on Twitter.