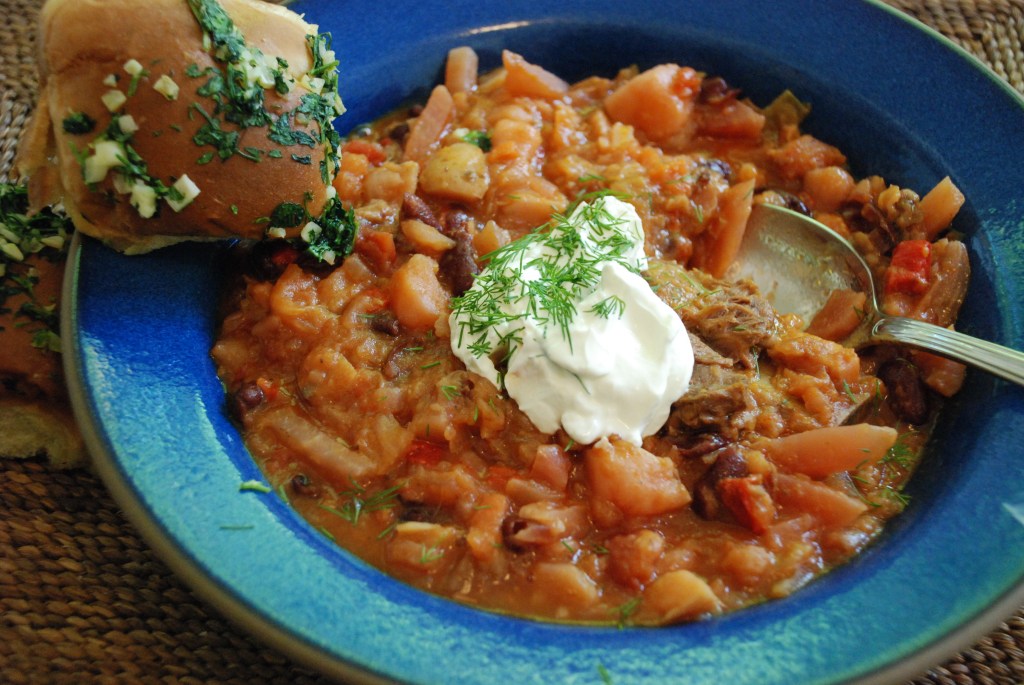 British chef and cookbook author Olia Hercules grew up in southern Ukraine in the small town of Kakhovka. Exploring her cookbook, “Summer Kitchens” is a perfect prism through which to look at Ukraine’s food culture and the magical summer traditions of the displaced people we see every night on the news and for whom we have so much empathy. .

Known as the budka, (hut) to the southeast, and shopa, (barn) to the northwest, the summer kitchens were separate buildings, a kitchen workspace located to the side of the house and adjacent to vegetable gardens and fruit trees. People cooked and ate there all summer and also used the space when they needed the extra space to prepare for the festivities during the rest of the year.

Although summer kitchens are disappearing, their underlying intention to try to live in harmony with nature and gratitude to the land for what it produces lives on in a rich culinary culture. If you want to learn more about Ukrainians, their beautiful country, and their diverse culinary influences, Olia Hercules’ “Summer Kitchens” cookbook is available from Magna Carta. The purchase price of the book is donated to UNICEF/Ukraine.

As Olia Hercules writes, borscht is the traditional Ukrainian dish – an unmixed soup that involves beets and up to seventy other ingredients, depending on region, season, occasion and taste. This borscht recipe is taken from another Hercules cookbook, “Mamushka”. It’s a beef-based broth with a ton of added veggies. It has the potato and beetroot element of the more traditional Russian borscht recipe, but is loaded with shredded tomatoes, shredded cabbage, diced carrots and onions, strips of red pepper, beef short ribs that have been cut into soft pieces and red kidney beans. The broth has the sweetness of beets and also the flavor of tomatoes. This is a really complex soup and perfect for dipping garlic rolls.

Hercules mentions that broth is hugely important here, but also that instead of beef you can use “lean, boiling old chicken”. I used fatty short ribs; the soup is so full of vegetables that I added a cup of water to make it more of a soup than a stew. This addition did nothing to dilute the flavor.

The recipe serves four to six.

Meanwhile, heat the sunflower (or canola) oil in a large skillet over medium heat. Add onion and carrot and cook, stirring, until carrot is tender and starting to caramelize, 5 to 7 minutes. (This is a typical Ukrainian soffritto technique called smazhennya or zazharka.)

Finally, add the shredded cabbage and beans to the pan and simmer until cooked through. You can add a little water to thin out the soup here, along with a little vinegar and/or a little honey, and salt and pepper to taste.

Serve with a dollop of sour cream and chopped dill and pampushky (Ukrainian garlic bread).

Ukrainian pampushky are made in one day…a sponge is made and left in a cool place for several hours. Then the rest of the flour measure and the salt are added and kneaded to make a smooth, plump dough. The balls of dough are given a second rise, then the rolls are baked and drizzled with a gentle sauté of garlic, sunflower oil and butter. Fresh green parsley is added to the oils and garlic and the mixture is left to harden while the buns are baked. When drizzled over hot buns, the garlic aroma becomes intense!

Route Pampushky: Mix yeast, sugar and lukewarm water and let rise for ten minutes. When the yeast mixture has foamy, add it to half the flour and mix to get a damp, wet sponge. Cover the bowl with plastic wrap and place it in a cool place for several hours (overnight, maybe?). About an hour before you want to eat, add the rest of the flour measure and the sea salt to the sponge cake. Stir to combine and knead on a cold surface until the dough is plump and smooth.

Preheat the oven to 425 degrees. Rub the bottom and sides of a 9-inch cake pan or circular baking dish with oil.

Divide the ball of dough into 8 equal balls and form into balls. Place them in the pan, cover them with a damp kitchen towel and let them rise for about 5 minutes.

While the rolls are rising, melt the butter in the oil in a small skillet. Add the minced garlic and cook just long enough to soften the garlic and let it release its oils. Remove from the heat, add the chopped parsley and let the flavors infuse the fats.

Brush the risen dough balls with egg wash. Bake in the middle of the oven for 20-25 minutes.

Remove the rolls from the oven and immediately drizzle the tops with the garlic-parsley butter. Serve hot from the oven with soups or stews.

Easter is this Sunday, and for my friend Kari who is impatient with recipes that have more than 5 ingredients, I submit this Easter Ham recipe. Serve after the egg hunt with deviled eggs, potato salad, fresh asparagus and delicious carrot cake!

Choose half a ham, fully cooked shank end, about 8-10 pounds, which is enough to feed 12 with the leftovers and go with the bones – key to a big pot of beans later. I like the Kirkland Applewood Smoked Master Carve Half Ham for its small size, usually under 5 pounds, and great flavor. Use a knife to score the fat side in a hatched pattern to create nooks and crannies to hold a glaze.

Preheat the oven to 350 degrees. Wrap the ham tightly in aluminum foil to prevent it from drying out, place it on a wire rack inside a baking sheet and cook until an instant-read thermometer inserted into the thickest part of the ham registers 130 degrees, about 10 minutes per pound.

Glaze: Once the ham is hot, take it out of the oven and increase the temperature to 425 degrees. Moosh together ¼ cup bourbon or other whiskey, 2 tablespoons Dijon mustard, 1 cup brown sugar and the zest and juice of one orange in a small bowl. Remove the foil from the ham and spread the mixture over your hashed ham and bake for another 15-20 minutes until deeply browned. Let stand 20 minutes before serving.

Try Ukrainian borscht while the weather is mysteriously chilly and have a happy Easter!