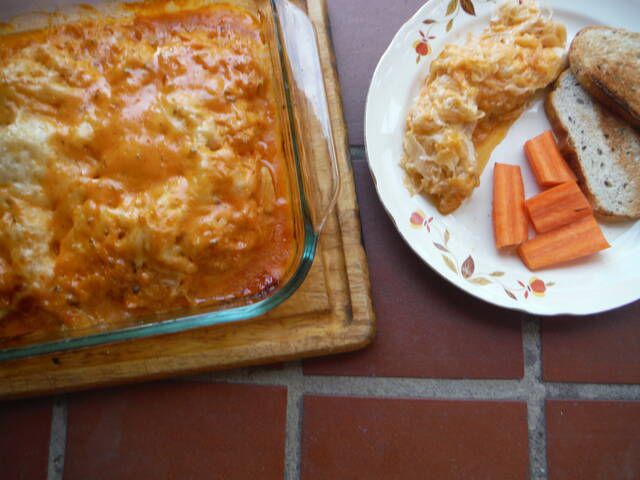 “Reuben sandwiches are wonderful, but they’re messy,” he continued. “You’ve taken all the flavor of a Reuben and made it crisp and compact.

Oh, but I can’t take credit for the idea.

I found the recipe for Baked Chicken Reuben in “The Treasury of Creative Cooking”, a cookbook published in 1992 and filled with several recipes that won prizes in various competitions.

A Marcia Adams from Indiana won a prize in a national chicken cooking competition, sponsored by the National Broiler Council, with this casserole recipe that combines sauerkraut, Swiss cheese and Thousand Island dressing from a traditional Reuben sandwich with chicken instead of corned beef.

You cook it in a pan for 90 minutes, and if you feel it really needs rye bread, you can serve it on the side.

Speaking of Reubens, I used to enjoy the traditional version of the sandwich at Lowe’s restaurant on West Market Street in downtown Wilkes-Barre, and I also liked Boscov’s “California Reuben” which used turkey and coleslaw instead of corned beef and sauerkraut.

Alright, enough nostalgia for restaurants that are no longer with us.

Assembling this casserole was very easy, especially since I used chicken tenders that were already skinless and boneless — and it got great reviews in addition to the “happiness in a dish” comment from Roger.

At home, Mark said it was a good flavor combination.

At my mom’s, she said, “I didn’t think sauerkraut and chicken went together, so I’m surprised how good it tastes.”

In the newsroom, journalist Jen Learn-Andes said, “It was delicious; a great mix.

“I’m not really a fan of sauerkraut,” said page designer Lyndsay Bartos. “But I’m so glad I tried this. I was pleasantly surprised.

“Loved it very much,” said obituary clerk Ashley Bringmann. “I definitely like it better with chicken than corned beef.”

As I listed the ingredients for anyone who wanted to know, Bill said, “I didn’t detect the Thousand Island dressing at all.”

Hmm. I actually thought of dressing, how I gleefully opened a bottle of store bought dressing and poured 1 and 1/4 cups over the dish, thus adding about 1,440 calories to what was probably about 900 calories chicken, 600 Swiss cheese and 86 pounds of sauerkraut.

In retrospect, I realize that I could have tried making a homemade Thousand Islands dressing from yogurt, ketchup, and pickles and it might have been a healthier option. I found homemade salad dressing recipes online and would like to try making one in the future.

But doing it this way was certainly easy. So thank you, Marcia Adams from Indiana. And it was fun for people.

Preheat the oven to 325 degrees. Place the chicken in a single layer in a greased baking dish. Sprinkle with salt and pepper. Squeeze excess liquid from sauerkraut; pour over chicken. Arrange the slices of cheese on the sauerkraut. Drizzle the dressing evenly over the top. Cover the mold with aluminum foil. Cook for about 90 minutes or until the chicken is tender.