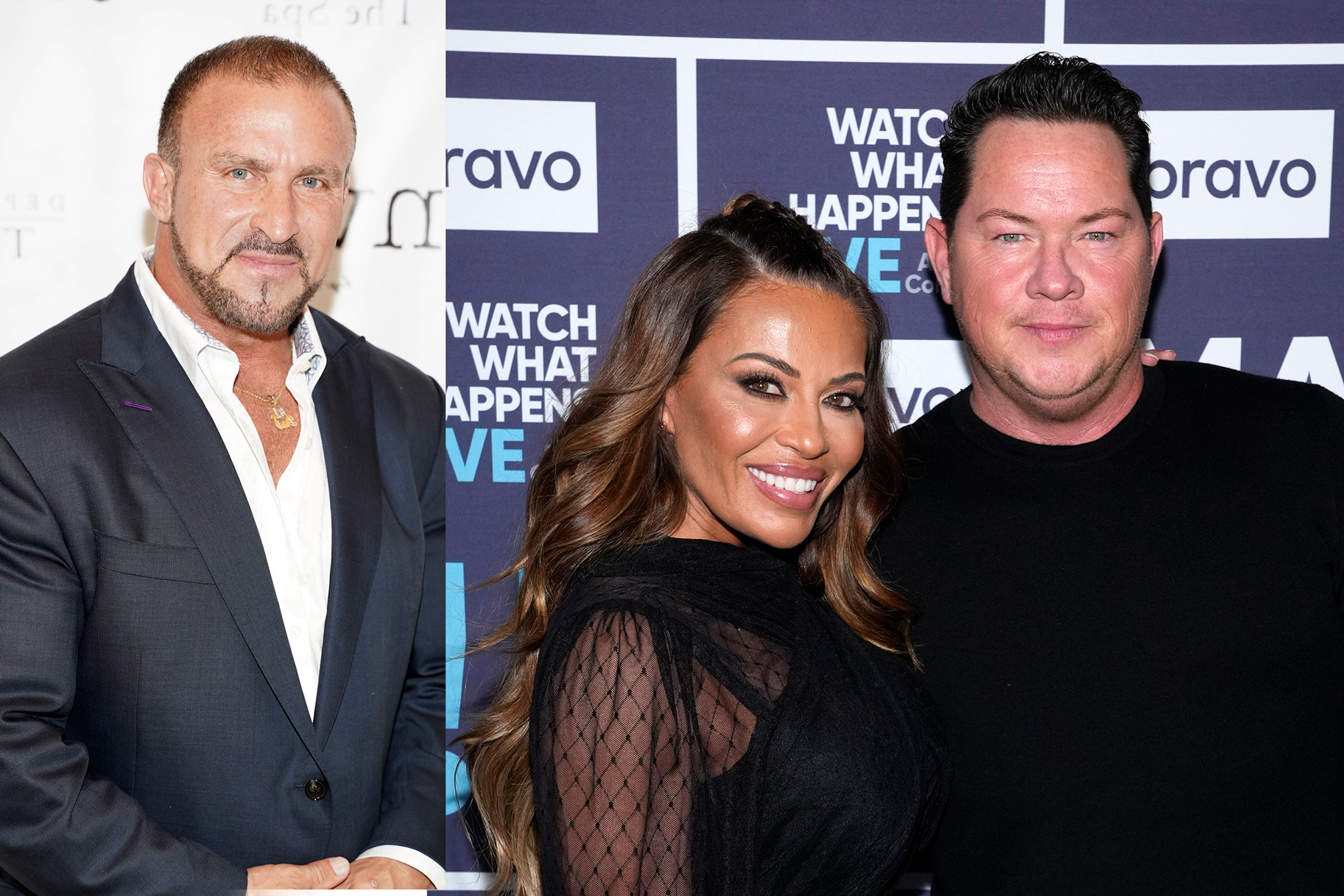 It’s a wrap. The Real Housewives of New Jersey Season 12 concluded on Tuesday, May 17 with Part 3 of the reunion, which included dark moments not only between the wives but also by the husbands who joined them on stage. Most notably, Dolores Catania’s ex-husband, Frank Catania, shared his feelings about her current boyfriend, Paul “Paulie” Connell (see the clip above).

Frank, along with the other Garden State husbands, stopped Watch What Happens Live with Andy Cohen Tuesday, and he revealed where things stand with Paul today.

“David [Principe] hasn’t met Paulie yet, and I don’t think he’ll ever meet Paulie either, because they’re just not going to be in the right place,” Frank said on WWHL of Dolores’ ex-boyfriend and current roommate.

Where are Frank Catania and Paulie Connell?

Of course, a comment Frank made at the reunion, about Paulie looking like Buzz Lightyear, was always a hot topic at the Clubhouse. Frank confirmed that he didn’t mean it was an insult. “He’s a nice guy,” Frank said.

How does Luis “Louie” Ruelas feel after the reunion?

Frank also shared more of his thoughts on his ex-wife’s current relationship during a game titled “Truth or Joe Gorga Drinks!” The question posed to Frank: “On a scale of 1 to 10, how likely are Dolores and Paulie to go the distance?”

Frank’s response: “I give it a seven and a half.”

RHONJ is streaming on Peacock and available on the Bravo app.

The dish of the day is your source for all things Bravo, from behind-the-scenes scoops to breaking news, exclusive interviews, photos, original videos and, oh, so much more. To subscribe to The dish of the day podcast, join our Facebook group and follow us on Instagram for the latest news just out of the press. Sign up to become a Bravo Insider and be the first to get exclusive extras.