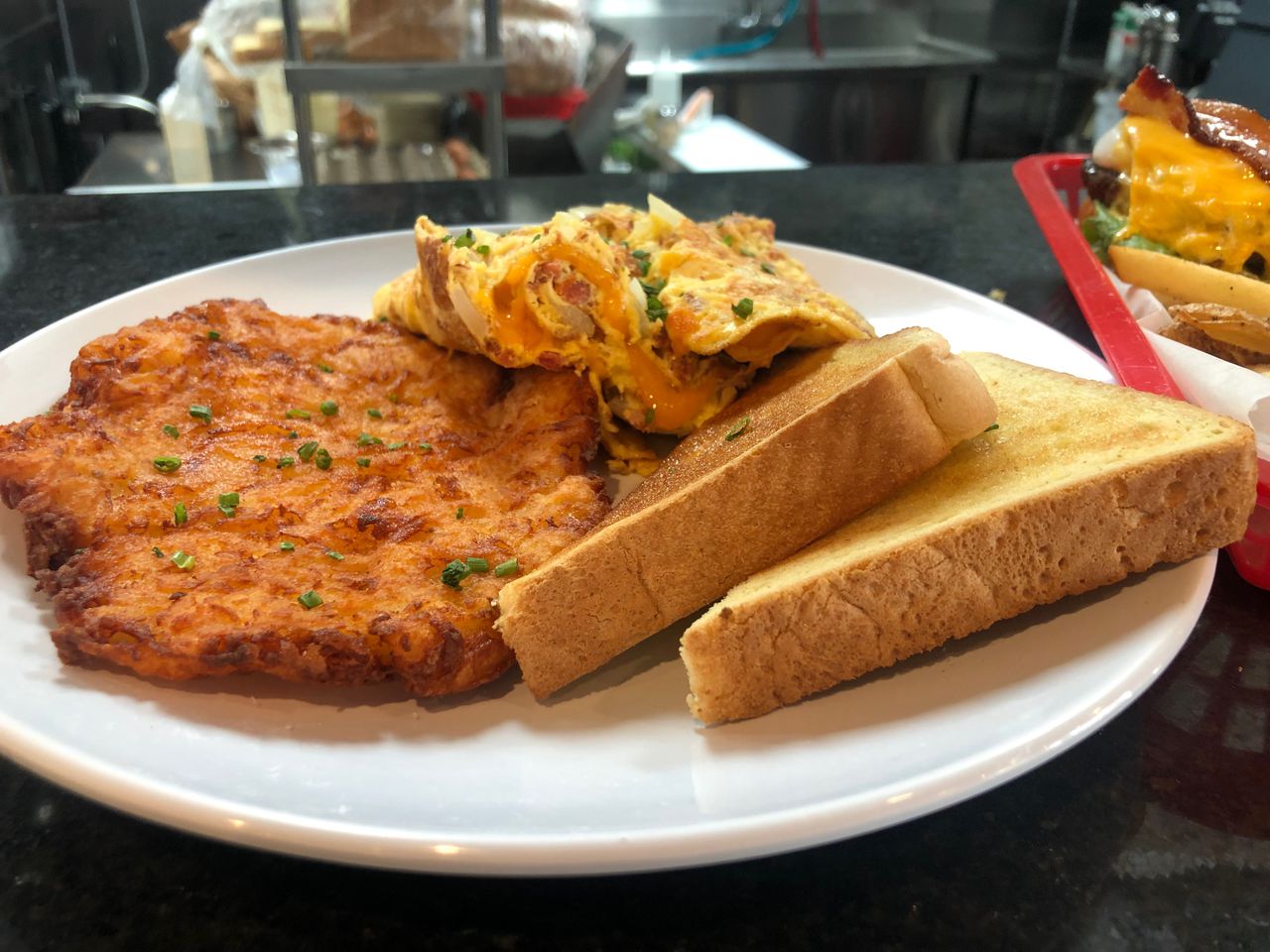 STATEN ISLAND, NY – In a recent Bacon-Egg-and-Cheese food contest, one sandwich contestant stood out – the BEC at Fina’s Farmhouse. Tottenville’s breakfast and lunch tied for second place. But we had to take a closer look at the restaurant behind the dish, one that showed admirable attention to detail.

In this episode of The Dish, owner Serafina Josephine Dunn talked about the little things that go into a “country kitchen” experience. She and her mother/business partner, Christine aka Mother Hen, focus on cage-free eggs, fresh bread, gourmet bagels and home-baked desserts. Serafina has been open for about a year with a cafe-bar. The sit-down breakfast and lunch operation opened over the summer with David Guiterrez as executive chef.

Breakfasts range from $6.99 to $19.99, respectively, from oatmeal delight with fruit to a loaded Lox platter. Egg sandwiches can be served with your choice of a bagel from Black Seed Bagels of Manhattan or a sweet seed bun. The latter is made with a 104-year-old recipe from Boccia Bakery in Mulberry Street. The fries are cut by hand. And drinks are plentiful, produced by staff at the dedicated coffee and beverage station near the main dining room entrance.

As a longtime resident of Tottenville, Serafina wants to celebrate her neighbors. Belli Baci Bakery at 7358 Amboy Rd. (Bellibacibakeryandcafe.com) provides most of the farm’s bread. It incorporates local artisans like cheese and charcuterie board artisan Jess Feerick of Keeping Up With The Boards (@KeepingUpWithTheBoards) and Aloft Candle Co. (Aloftcandleco.com). The latter is a South Shore company known for its realistic food-themed scented candles.

Serafina also appreciates the foot traffic, visibility and parking that a new storage facility on the block has brought to its triangular-shaped building. It was a surprising result that came from the development of a formerly brush-covered plot of land across the street.

With Fina’s Farmhouse, Ellis Street has become a well-known foodie destination with its foodie neighbours, Italian grocer La Bella Marketplace (Labellamarkets.com), Paradise Island restaurant and lounge (Paradiseislandsi.com) and Angelina’s (Angelinasristorante.com) also in the impasse, band at the edge of the water. In previous iterations, the 20 Ellis Street address housed Pinot’s Pallete, Hammer and Stain, Hush nightclub and, in the mid-2000s, Yellowfin restaurant.

A FUTURE IN FRANCHISING

One day, Serafina dreams of franchising the Farmhouse concept outside of Staten Island. But that’s many years down the road. For now, she’s enjoying the holidays. The restaurant offers a Thanksgiving food package – turkey and all the trimmings for 15-20 guests for $389 plus tax. And the Christmas decorations are on the way, as are the wintery drinks – gingerbread cookie latte, Rudolph’s rainbow cookie latte, candy cane latte and an eggnog macchiato à la cinnamon.

Serafina said she is grateful to her family, including her sister-in-law Jeanne Raiola and her boyfriend Joe Romano, for their support on her journey into entrepreneurship. She considers herself both “blessed and lucky” to have enthusiastic front-of-house employees, Nicole Greenfield and Gianna Mannino.

“We have now got to know our regulars. I love how we know their names and favorite tastes. I really appreciate what we have been able to establish so far,” Serafina said.

Pamela Silvestri is editor-in-chief of Advance Food. She can be reached at [email protected]. Tune in live to The Dish every Wednesday at 11:30 a.m. from Facebook of Advance/Silive.com page.