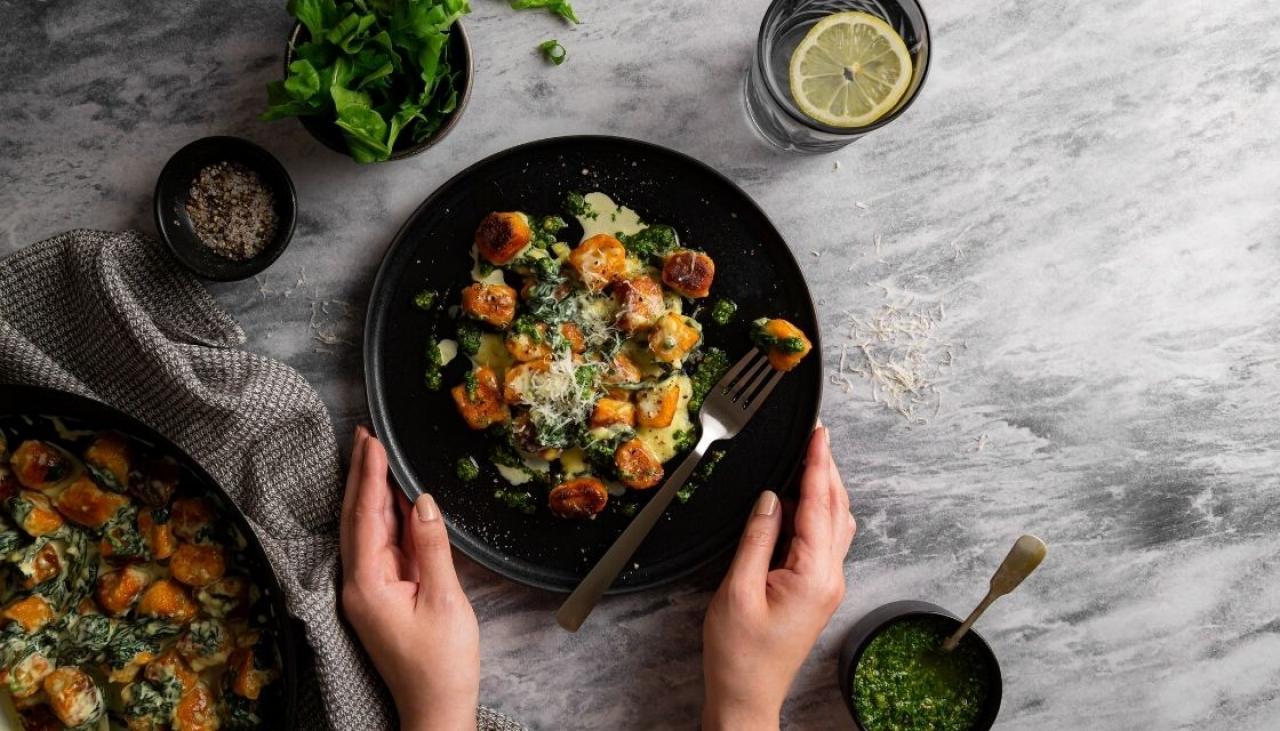 “Peelability” can be a big factor, and orange kumara is known for its thinner skin, Locky says, as well as its slightly sweeter taste and smoother texture.

And both agree that there is nothing better than supporting a product as nutritious, filling, affordable, versatile and delicious as kūmara.

“I feel so privileged and passionate about it, it’s so good for you and has so many uses. You can make soups and stews, beautiful salads and even use it in baking,” Locky says.

He is a big fan of making homemade kūmara fries, while Chris’ favorite food is salads.

“For light dining in the summer, I like roasted kūmara and red onion in a couscous salad, and in the winter, it’s great in a richer potato salad with bacon.”

Kūmara has indeed been a highlight in the MasterChef NZ pantry this year and now you can launch new dishes in your own kitchen – the team at New World have provided Newshub with a recipe for gnocchi kūmara with cream to garlic, so you can impress the judges (friends, family and housemates) at your house! Find more recipes inspired by Master Chef with New World here.

Add a chef’s touch to this dish with a deliciously peppery homemade arugula pesto! Combine two cups of fresh arugula, ¼ cup of almonds and ¼ cup of grated parmesan in a food processor, then season with salt and pepper. Slowly pour in ¼ cup of olive oil while the food processor is running, then drizzle over the gnocchi to serve.

This article was created for New World.