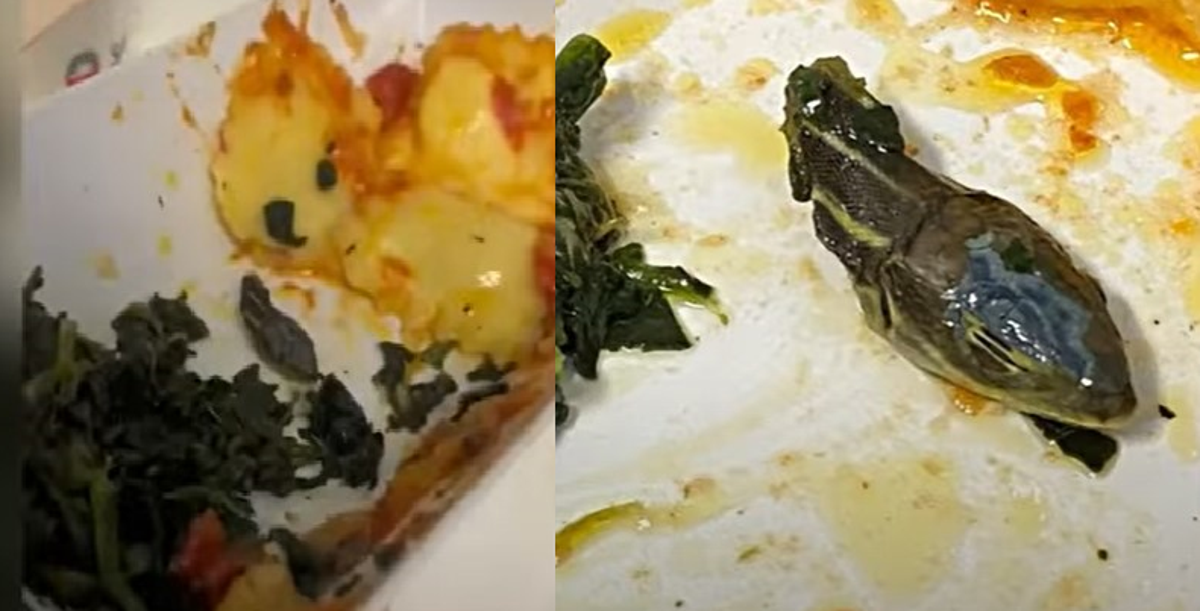 A flight attendant was eating their in-flight meal when they allegedly spotted something they definitely hadn’t ordered mixed in the dish – a severed snake’s head.

Giving a whole new meaning to snakes on a plane, the incident allegedly happened on a SunExpress flight from Ankara in Turkey to Dusseldorf in Germany on July 21, according to the Aviation Blog One mile at a time.

The SunExpress employee claimed he was eating his crew meal when he found a small snakehead among the potatoes and vegetables.

Photos of the in-flight meal and the offending item were shared on a video that was picked up by the Turkish news site Gazette Duvar.

A SunExpress representative told the Turkish press that the incident was “absolutely unacceptable” and that the airline had suspended its contract with the food supplier in question while an investigation was opened.

“With over 30 years of experience in the aviation industry, our top priority is that the services we provide to our customers on board our aircraft are of the highest quality and that our customers and employees have experience of comfortable and safe flight,” the airline said in a statement.

“We would like to inform you that the allegations and sharing in the press regarding in-flight catering are absolutely unacceptable and a detailed investigation has been opened into this matter.”

However, the catering company that provided the meal vehemently denied it could have come from their facilities.

A spokesperson for Sancak Inflight Services said, “SunExpress Airlines is a valued customer in our country and a popular airline in Europe, which recently decided to further expand its fleet and route network. They again announced a tender for onboard catering services.

“We didn’t use any of the foreign bodies thought to be in the food during cooking (due to the technical and thermal conditions used in in-flight catering facilities).”

Foreign objects in your in-flight meal are nightmares, but a snake’s head isn’t the only one to appear in a meal tray at 35,000 feet.

In 2019, a passenger on board a Singapore Airlines flight was eating when he bit down on something unexpected: a tooth that didn’t belong to him.

And in the same year, a passenger on an Air India flight from Bhopal to Mumbai discovered a large cockroach in his breakfast.