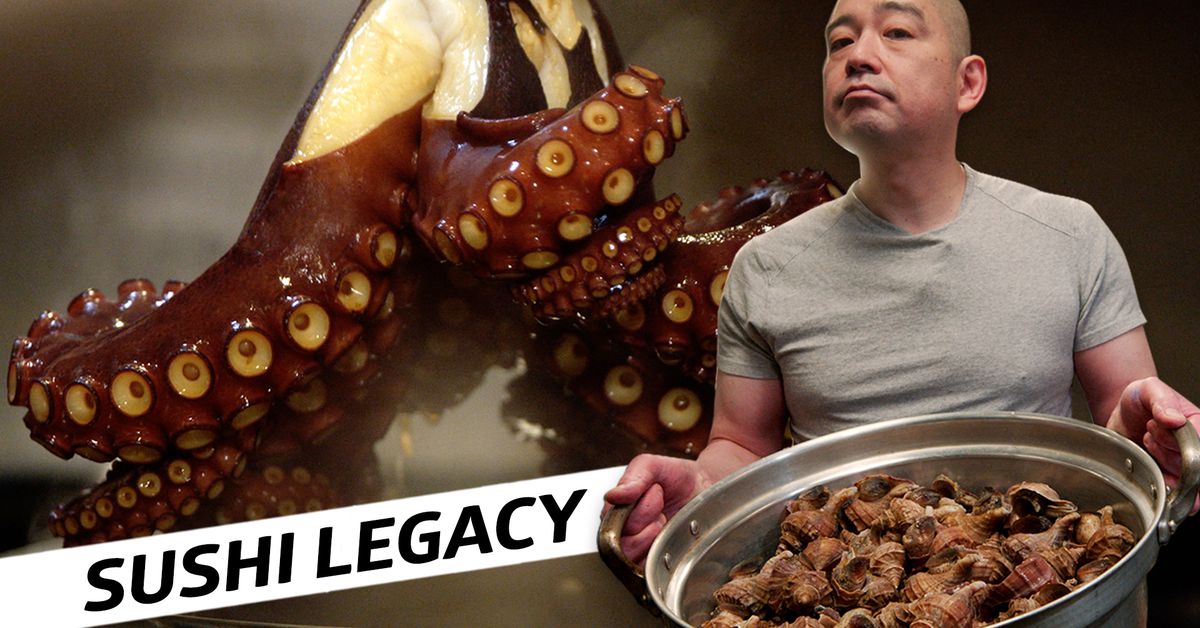 In one dish, Nakajima uses octopus, which he calls “one of Japan’s most iconic foods.”

The octopus comes from Sajima in Kanagawa Prefecture and weighs three kilograms with the beak and eyes removed.

“I was about six years old when I first prepared an octopus,” he says as he washes the mollusk, which causes the tentacles to curl and stiffen. This, he explains, proves the freshness and quality.

The octopus is then boiled, but Nakajima first makes cuts between the joints to help it cook evenly.

Nakajima uses an Edomae style, which means its seafood comes from Tokyo Bay. The octopus is cooked in vinegar and soy sauce and prepared with adzuki beans, a style called sakurani.

“I use my dad’s recipe where it’s cooked medium-rare in hojicha [green tea]“, describes Nakajmia. “The aroma of the tea pairs well with the octopus and creates a unique flavor.”

He only cooks the octopus for about a minute and a half, and once that’s done, the previously grayish octopus is a dark red color. The tentacles also curled up a lot more.

He then cuts the octopus and straightens the tentacles to prepare it for service.

“It’s not quite sashimi, and definitely not sushi,” says Nakajima.