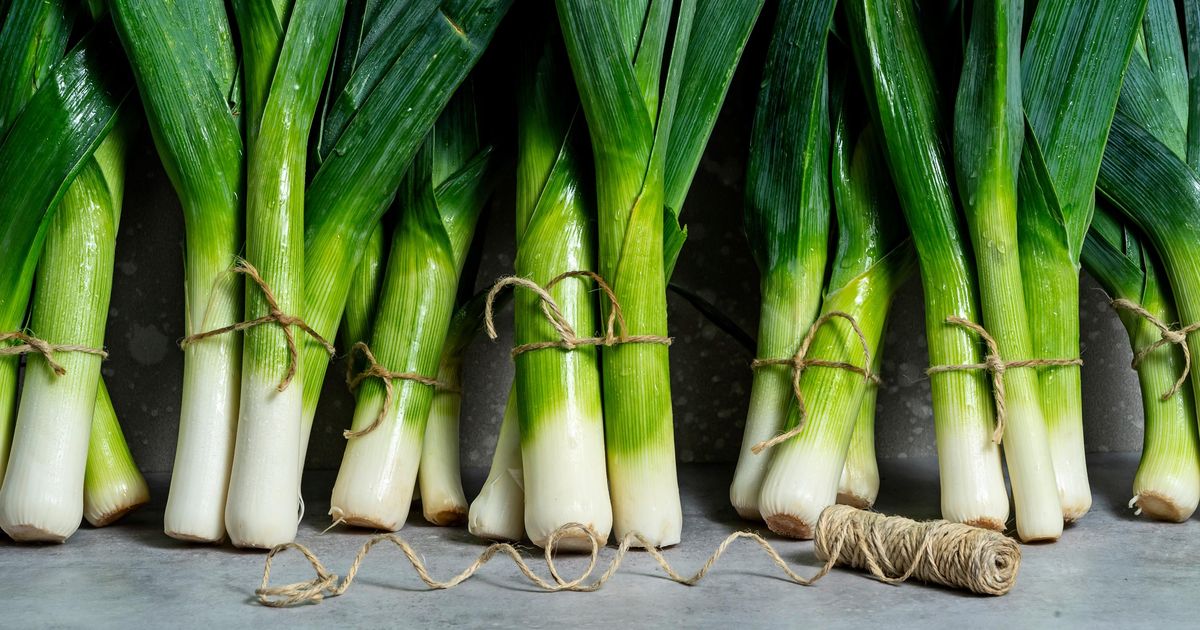 Leek is a splendid and versatile vegetable, but I sometimes forget about it. Instead, I turn my attention to other alliums, such as onions, garlic, shallots, scallions, or chives, which grab my attention better in the kitchen.

If alliums were high school stereotypes, yellow onions would be voted prom king or class president because they’re very popular and can usually get along with anyone. Red onions are the assertive class clowns who will make sure their presence is known. Garlic is the smallest kid with an oversized personality that everyone wants to date (but has a tipping point at which he’s just too much).

Shallots are the cool kids with an air of exclusivity and elitism, often found in pairs. Chives and scallions are regularly late, waiting to show up until the very end but leaving a lasting impression. And then there are the leeks: those wallflowers that we sometimes forget but that will be your best friends and ready for anything once you get to know them.

Contrary to high school friends whom we will never see again after the baccalaureate, it is not too late to become familiar with the leek. While, generally speaking, most alliums are interchangeable in a pinch, leeks are among the mildest in terms of that characteristic sulfuric flavor and have an almost grassy sweetness that sets them apart. Their more subtle flavor gives them enviable versatility – they can serve in a supporting role or stand out as the star of a dish.

Leeks are available all year round, but they are usually associated with spring when small and young ones first become available – which you should grab if you see them. Look for firm leeks, which are usually sold in bunches of three, preferably with the roots attached to extend their shelf life. They can get quite long, but only the white and pale green part of the leaves are used in recipes. Dark green parts are more suitable for stock.

This results in a lower yield compared to other alliums which, combined with a generally higher price, means it’s a good idea to look for leeks with the most white and light green to maximize the quality ratio. -price. Leeks should be stored whole, unwashed and wrapped loosely in a damp towel or plastic wrap in the refrigerator, where they will keep for about a week.

Before cooking, it is important to wash the leeks well, as dirt and grit often get stuck between the layers of leaves as they grow. My favorite method is to cut off the dark green parts of the leaves, prune the roots (if any) while keeping the base intact so the leaves are still attached, cut them in half vertically through the base and place them under running water, separating the leaves with your fingers to make sure water can seep in between.

Then just shake them dry and pat them dry with a clean paper or dish towel, if necessary, before slicing or dicing them according to the recipe. Another option comes from former associate food editor Bonnie S. Benwick via my colleague Becky Krystal: Prepare them as above, except instead of just cutting the root, you cut the bottom of the leek so that the leaves are no longer connected.

Then, “place them in a container of ice water and let them soak for 15 minutes. You should see the grain fall to the bottom,” Krystal wrote. One of the benefits of this method is that it uses less water if you’re cleaning a bunch of leeks. the downside is that you’re left with an extra dish to clean.

Finally, you might see some people recommend slicing the leeks before placing them in a colander under running water or letting them soak as above. While this is certainly an option, be aware that you could end up with dirt all over your cutting board, and it would take more effort to dry them with more surface area for water to cling to.

Once clean, your leeks are ready to be grilled, roasted, braised, fried or thinly sliced ​​and eaten raw in a salad. The world is your oyster – or in this case, your leek.