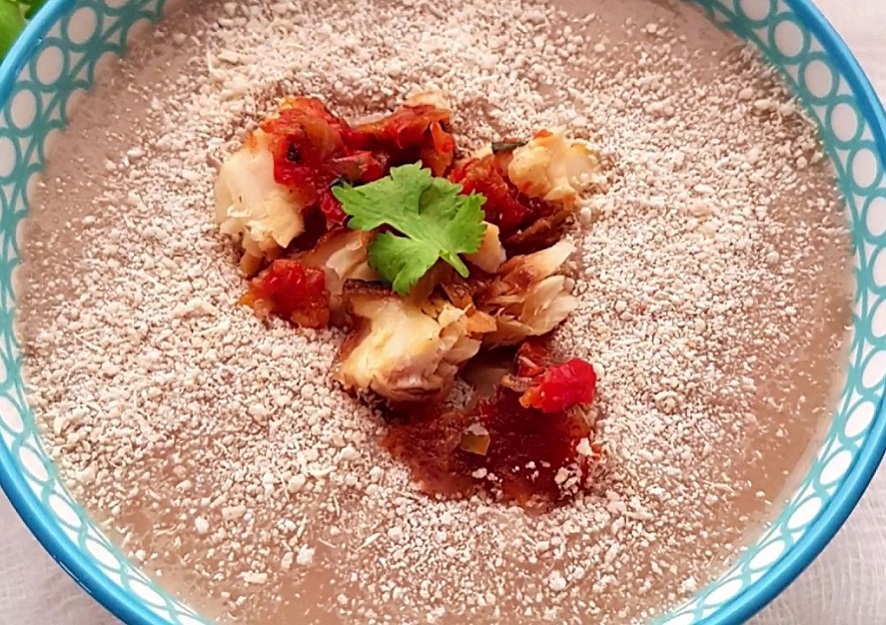 Easter is a time people often look forward to with so much joy and planning. For Christians around the world, Easter symbolizes the resurrection of Christ after his crucifixion. The oldest holiday claimed by Christians is preceded by the season of Lent, a 40-day period of fasting and repentance, followed by a 50-day Easter season that runs from Easter to Pentecost.

Easter is now filled with local traditions both religious and secular. For Christians, before the resurrection of Christ, it is Good Friday, which marks his crucifixion and the sacrifice of his life for the good of all. And in the Brazilian district of Lagos in Nigeria, Good Friday is equivalent to frejon.

It’s their traditional Easter meal made with beans and coconut milk. Traditionally eaten on Good Friday, frejon is a bean and coconut pudding that mainly accompanies grilled garri and fish stew.

Frejon was invented by enslaved West Africans who were taken to Brazil. History says that Brazil’s sugar economy grew explosively at the time through forced labor. Brazilian slaves produced not only sugar, but also corn, grain and cattle, while extracting gold from inland mines and managing the docks of Brazilian ports.

Today, a large Afro-Brazilian population lives in the country. However, some Brazilians of West African descent returned to Nigeria after the abolition of slavery in Brazil in 1888. Many of them, called Agudas, settled on the island of Lagos, now known like the Brazilian quarter of the city, according to Atlas Obscura. They brought with them the super delicious Easter recipe, frejon.

Here’s how to prepare the unique Good Friday cuisine, according to Allure Vanguard.