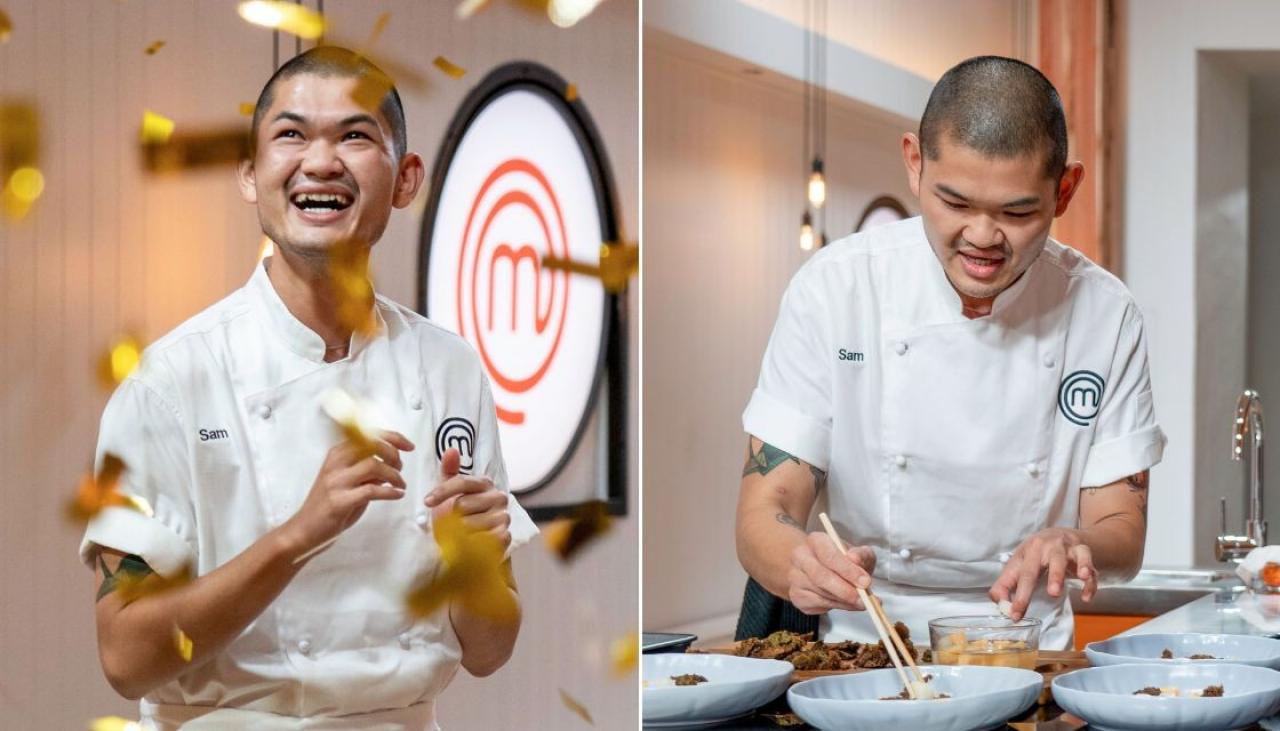 On Sunday evening, viewers watched eagerly as Low battled fellow runner-up Elliot McClymont, 27, for the culinary crown. To determine the winner, the two were tasked with pitching their dream restaurant to the judging panel before creating three signature dishes that they would feature on their respective menus, with each of the three rounds being scored by judges Nadia Lim, Vaughan Mabee and Michael P Food shortage.

Reflecting on his favorite dishes throughout the competition, Low fondly recalled Chinese rice porridge, or congee – a “humble and simple” dish that paid homage to his heritage, while representing his future. For the starter, Low paired the salty rice porridge with pan-fried paua, paua sauce, mashed century-old eggs and dill.

“I did it in a unique way – I wouldn’t say the word high, but I made it more me and more interesting, for my lived experience,” he said.

“I think it was really special, with [Nadia] Lim being half Chinese, she tastes it and talks about her memory with congee. To be able to share it on mainstream TV was amazing.”