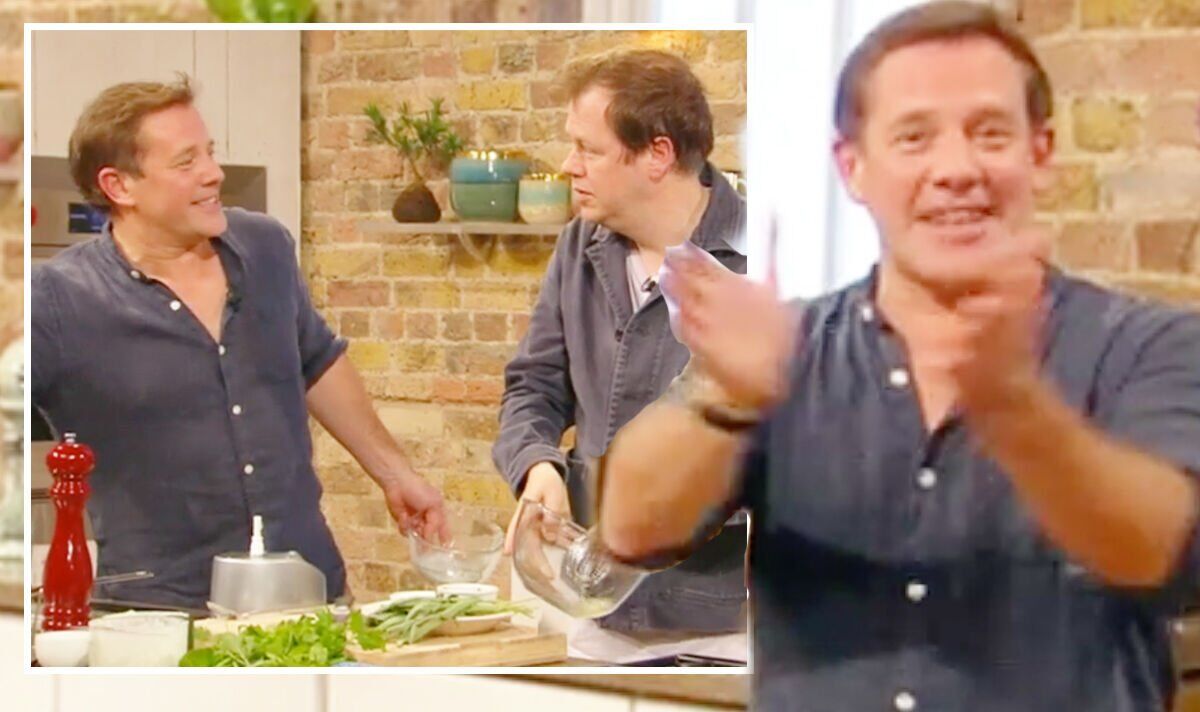 Tom Parker-Bowles gave a helping hand to Matt Tebbutt in Saturday Kitchen as the BBC presenter had to prepare ‘Food Hell’ for his guest, Alex Jones. The One Show host had told Matt that her ‘Food Heaven’ was a tuna niçoise salad, but BBC viewers had other ideas and voted for Matt to cook her ‘Food Hell’, skewers of barbecued lamb.

Complete with a blue cheese dressing, Alex waited nervously for Tom and Matt to get to work, with the former in charge of making the sauce.

But as Alex delved into the details of a new show she was working on, Matt tried to keep a low profile to let Tom know he had gone bad – although he eventually called it out in front of everyone .

While Tom and Matt were cooking, Alex explained that she was working on a show that reunited people with other people close to them who were separated for periods of time – all inside a hotel .

“It’s a beautiful show and there’s a lot of levity to it as well,” Alex explained.

“There’s a lot of fun moments because we have these brilliant staff members who, you know, have become characters…it’s kind of like First Dates.”

Matt weighed in: “I was going to say it’s like First Dates Hotel with a little more… It’s like The Repair Shop for people.”

“She can’t do anything, and this care home during the pandemic raised all that money to make sure she had all the equipment she needed.

“The parents had never really been to the nursing home so they could thank them because of what was going on and then they met and they saw the little girl walking and, I mean… it helps you remember that we have many good people and the human spirit is very much alive.

“There are nice people, it’s adorable,” concluded Alex before Matt intervened: “It was a beautiful story.

“However, I was slightly distracted by Tom making part of the dish from another recipe,” Matt pointed out, embarrassing his guest.