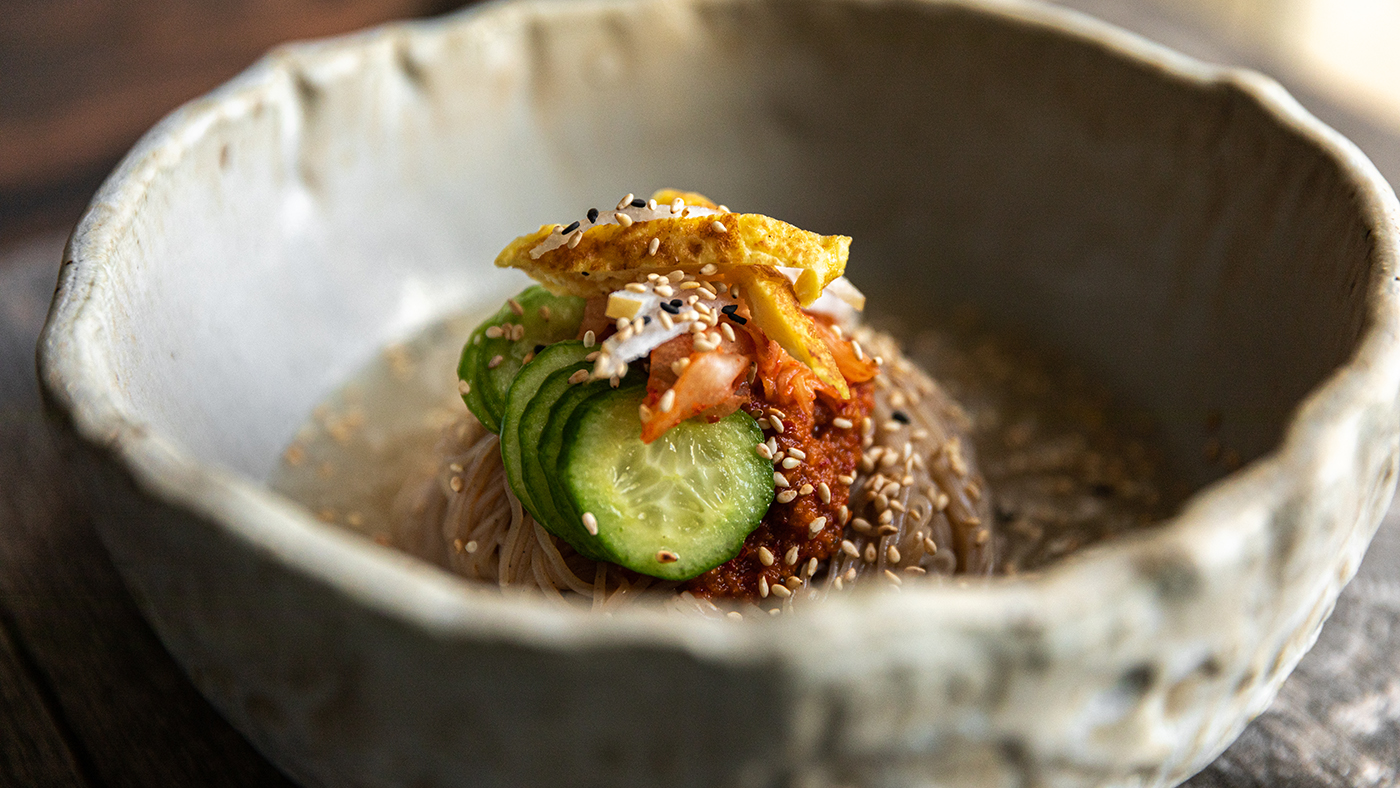 When Joanne Lee Molinaro first went viral on TikTok, it was kind of scary.

“I don’t think there’s really a way for at least one person in my vintage to prepare for this,” Molinaro says. “It was kind of scary to have so many eyeballs on me.”

Looking for something to do in the early days of the pandemic, Molinaro, a full-time lawyer at the time, began posting TikToks about life in the legal or political realm. She was a little worried about how clients or co-workers might view her videos, including that first viral video, a clap-back video. But when a video of her Korean braised potatoes also went viral, she saw an opportunity.

“I really got into food videos once I saw so many people enjoying them,” she says.

Now she has over 3 million followers on ICT Tacwith 650,000 others on instagram. His recipes won him a James Beard Book Award nomination in the Vegetable Cuisine category for her first cookbook, The Korean vegan.

Years ago, when she heard that people could win James Beard Awards for cookbooks and other books about food, “I thought to myself, wouldn’t it be amazing if one day I was writing a book that was nominated for a James Beard? But it was like a pie in the sky, like, ‘Okay, Joanne,'” she says. “So having my first cookbook nominated, it’s a very surreal honour.”

Molinaro, who was born and raised in Chicago but recently moved to California, has been a vegan since 2016. She still works as a lawyer on an of-counsel basis, but has transitioned into writing and creating content on the full-time food, ‘vegetate’ popular Korean dishes.

Many of the stories she tells in her cooking videos, as well as the stories she tells in her cookbook, are about her family, especially her family’s immigration experience. For Molinaro, food and family are inextricably linked. When she was making jeon, or Korean-style pancakes or donuts, recently on an Instagram Live, “Instantly I thought of how my aunt showed me how to make jeon,” Molinaro says. .

“All these things I can’t not think when I’m cooking,” she says. “But what’s interesting is that when you peel off a layer, you get these stories of talking about food with your family, the people you feed, or the people who fed you.”

Peel off another layer, she says, and you might discover the motivation behind some of these stories or recipes. Molinaro asked her aunt – who helped her with many recipes from her cookbook – how she remembered all the steps and all the ingredients. Her aunt said she remembered it because her mother had died when she was very young.

“She said, ‘I remember all of this because I miss my mom so much and those are the only memories I have left,'” Molinaro says.

That’s what food can do, according to Molinaro: it brings out the details of the people you’re standing with by the stove or sitting at the table.

“It disarms you…And it disarms the people you eat with because they’re sitting there breaking bread with you,” she says. “It’s already a level of vulnerability that I think a lot of us take for granted. And so we’re already sitting at a table. Why not unlock a little more and see where that takes you?”

In his cookbook, Molinaro has a recipe for naengmyeon, or cold buckwheat noodles (see recipe below), which is one of his father’s favorite noodle dishes.

“So many noodle dishes in the book are like, Oh, this is his favorite. Nope, this is her favorite,” she says. His dad made it all the time for Molinaro and his brother, but that doesn’t mean it was his favorite.

“I hated that naengmyeon grew up because of my father,” Molinaro laughs. “He did it all the time and he wasn’t really good at it. It was super runny and had no flavor.

Molinaro has since updated the recipe, combining two common varieties of naengmyeon. There’s bibim naengmyeon, a spicy mixed noodle dish, and then there’s mool (or “water”) naengmyeon, served in an ice-cold broth.

Molinaro’s version combines the best of both. She describes it as bright and invigorating, the perfect cold broth for a hot day, the perfect flavor when you’re feeling down.

“This sauce is so brilliant,” she says, “When you see what’s in it, you get gochujang, you get pear, you get sour, and you get sweet, and all of that mixed together to create this beautiful red sauce. It’ll just make you feel peppy. She’s since made the dish for her dad, who loved it.

Like many of the recipes in her book, her naengmyeon holds deeper meaning for Molinaro, whose father was born in North Korea, where the dish was popular. He cannot return to his homeland, where his mother used to make naengmyeon for him.

“When you talk about the power of food,” Molinaro says, “[it has] the ability to transport people to places they may not be able to physically visit for the rest of their lives.

This dish always reminds me of my father because it was one of the first things he learned to make on his own. As a result, my brother and I were subjected to countless iterations of watery, bland, and overcooked naengmyeon before my father finally perfected it. What does the perfect naengmyeon taste like? Well, there are two varieties: spicy naengmyeon bibim (“mixed”) and naengmyeon mool (“water”). The first is a fiery, tangy and tasty taste bomb. The second, mool naengmyeon, is refreshing because the broth is served ice cold. I never understood the reason why the two versions couldn’t be combined to form a “more perfect” naengmyeon, and I found out that there is no such reason! This naengmyeon combines the best of bibim and mool nangmyeon for a complex yet refreshing meal that you’ll be perfecting much sooner than my dad!

REMARKS: Most Asian grocery stores sell naengmyeon noodles with a sachet of broth and sauce. There are two different varieties of naengmyeon noodles: naengmyeon mool (“water”), which usually has a lot more broth, and naengmyeon bibim (“mixed”). For this recipe, either variety will work, since you won’t be using the stock or gravy packets. Instead of adding ice cubes, you can also place the broth in the freezer for about 30 minutes, until it almost turns into mush. By the time you add the noodles, sauce and garnish, the porridge will have just started to melt into a refreshing broth for your noodles.

1. make the sauce: In a food processor, combine the Korean pear, onion, green onions, garlic, ginger, gochugaru, gochujang, brown rice syrup, sesame oil, vinegar, soy sauce , salt and pepper and mix until very smooth. Refrigerate the sauce. (The sauce will keep in the fridge for up to 1 week.)

2. Prepare the noodles: Bring a large pot of water to a boil. Add noodles and cook until noodles are soft, about 3 minutes. Drain the noodles in a colander and run them under cold water until cool to the touch.

3. In a medium bowl, combine the vegetable broth, mirin and vinegar. Pour broth into four deep bowls (for serving). Add three to four ice cubes to each bowl (see notes above).

4. Divide the noodles into four equal portions and place them in each bowl of broth. Spoon 4 to 6 tablespoons of sauce (more or less, depending on your spice tolerance) over the noodles.