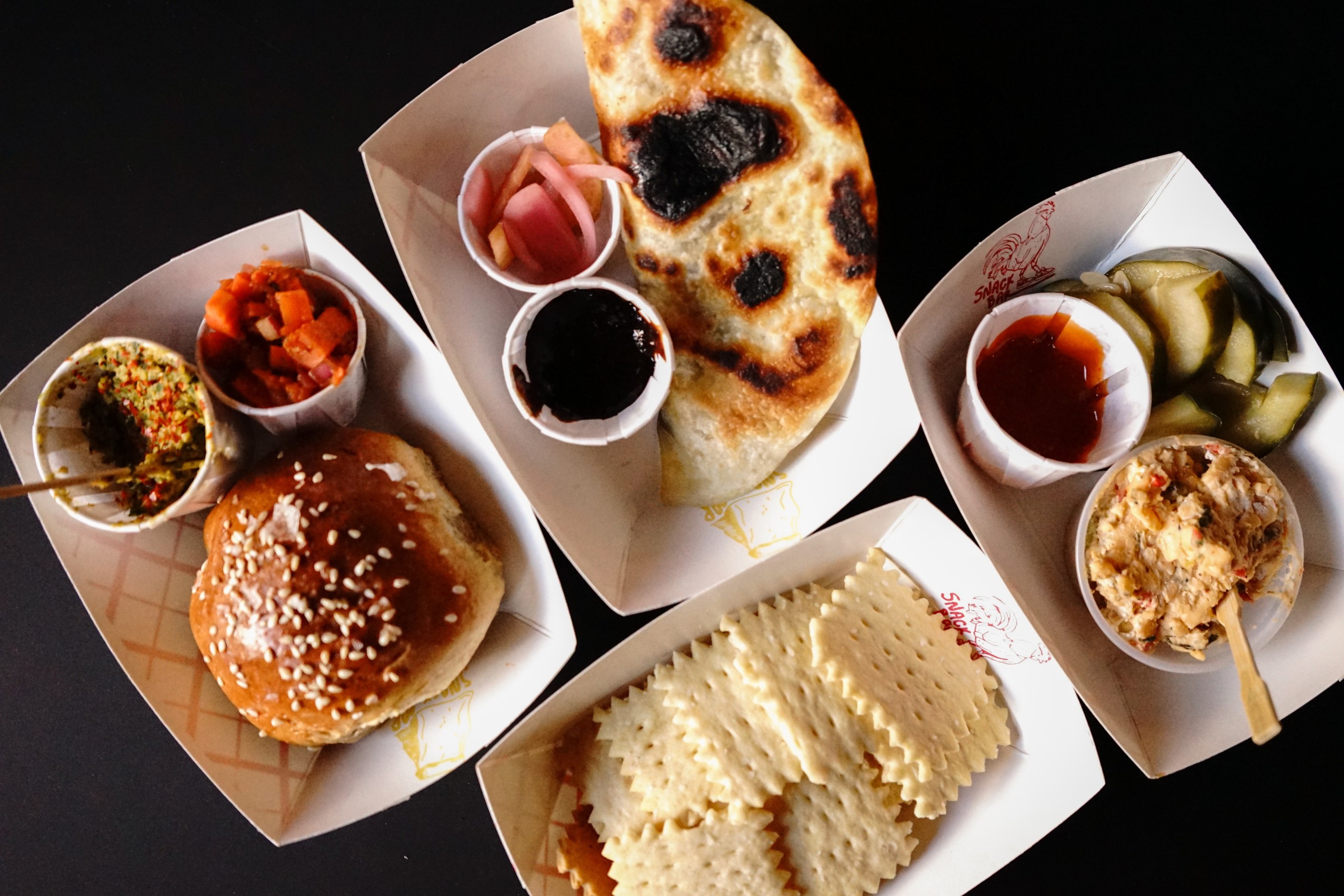 Assortment of snacks at the Snack Bar, the brainchild of Fox and Pearl’s Darren Carter. // Photo by Ryan Verbenec

If you live for a good snack, Darren Carter has you covered.

He’s the creator, logistical director and head chef of the Snack Bar, his hustler side when not the event director at Fox and Pearl and Night Goat Barbeque. Simply put, it does it all, and it’s hard work with delicious benefits.

The dishes are scalable and are based on techniques respectful of a one man show with simple tools at his disposal. They are often smoked, roasted, fermented, pickled or preserved, creating ready-to-use layers of rich flavor that fit easily into a single cooler.

Another past contender was a charred shallot chili grilled cheese smothered in smoked broccoli butter and parmesan cheese and served with a gochujang dressing for dipping.

He just finished his last pop-up yesterday, but fear not, because another one is on deck Saturday, April 30 at Fetch in the West Bottoms from 12-2 p.m.

There are a few surprises he’s still conceptually whipping up, but customers can expect to see a flatbread with charred eggplant cream, warm basil vinaigrette, and golden pecan and raisin relish. ; a tostada with an oxtail and ash cippolini jam, radish salsa cruda, poblano powder and fromage frais; and maybe even a salad of grilled cabbage wedges with aged cheddar, pickled mirepoix, refried chickpeas, herbed buttermilk aioli and ranchero dressing. 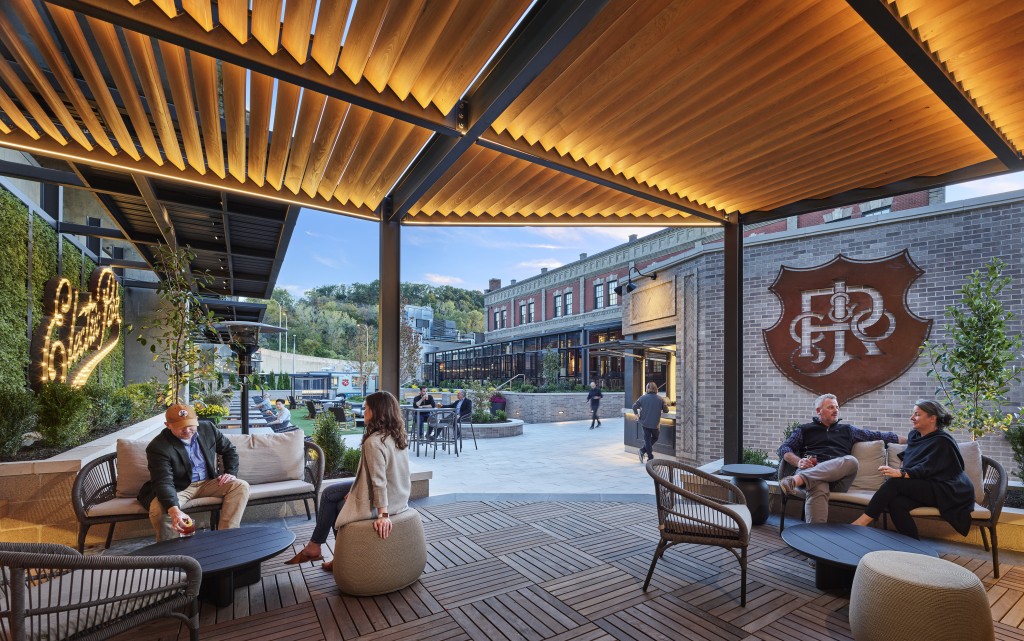 The electric park terrace will open for the season next week. // Photo courtesy of Bread & Butter

Ah, drinking day. You know it, you love it, you might regret overdoing it on Sunday when Monday morning rolls around. Anyway, it’s always better in warm weather.

Celebrate the season at the Electric Park Garden Bar on the grounds of the historic J. Reiger & Co. Distillery when it officially reopens on Wednesday, April 13.

The open-air oasis will get the booze flowing, and guests can enjoy their drinks by the fireplace, on a swing, or in lounge seats.

Signature libations will include the Giddy-Up and the Draw, made with KC Salted Peanut Whiskey, vanilla and Andy’s root beer. If you were to just dab some drool on your chin after reading this, don’t worry, same.

An iced Caffé Colada will also be on the menu, featuring caffé amaro, KC whiskey, pineapple and coconut. Or if you’re already in a real summer mood, go for the Rambled, a boozy snow cone made with your choice of liquor, blackberry, blueberry, raspberry, and lemon cordial.

Many bites will also be available through the Electric Park food truck. Highlights include electric fries, which will come in three different varieties that are still being finalized.

If you like to plan ahead, tables for larger groups are also available to reserve through the distillery’s website.

Electric Park Terrace Bar by J Rieger is located at 2700 Guinotte Ave Kansas City, MO 64120. It will open for the season next Wednesday, April 13.