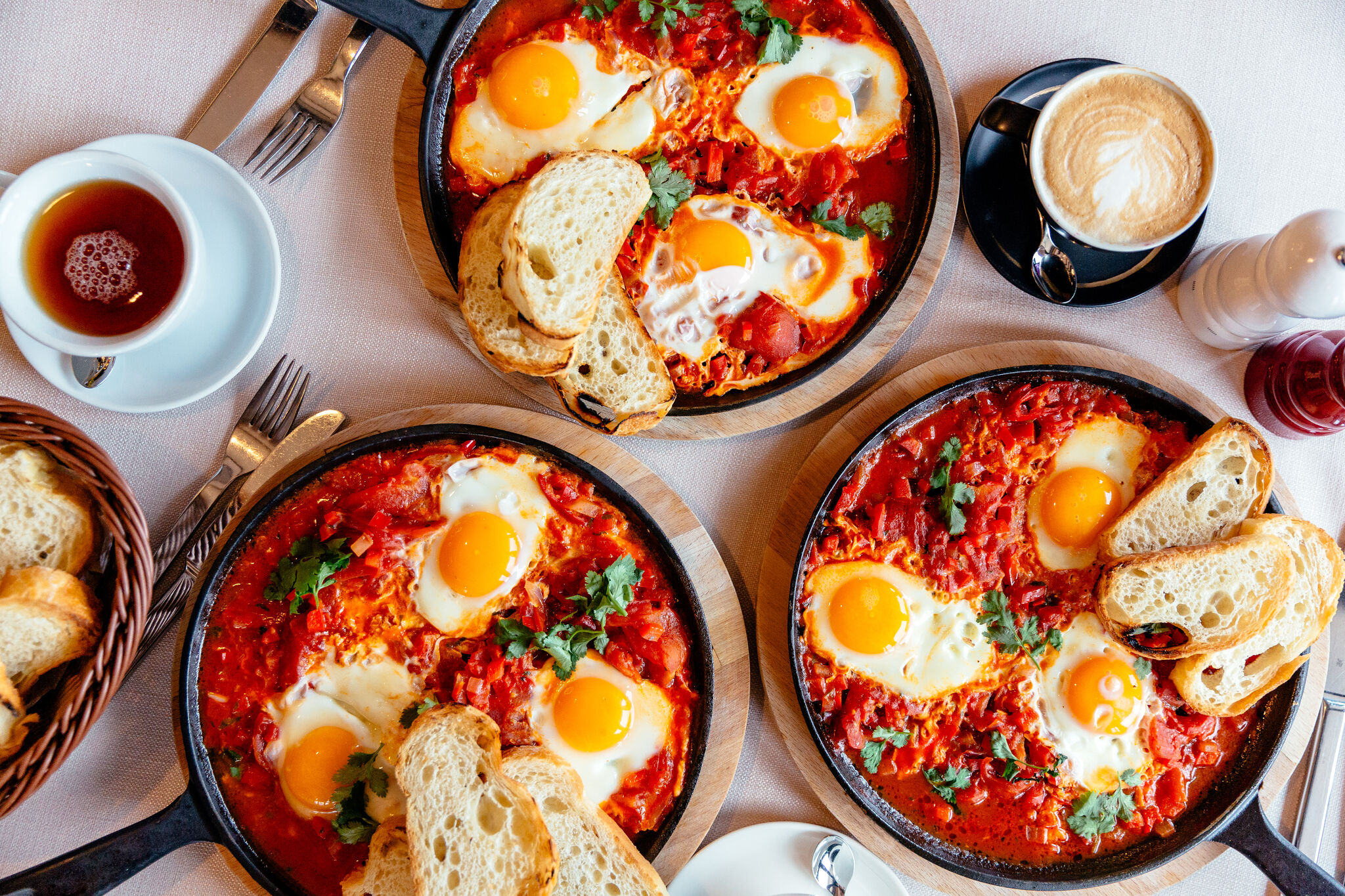 Since launch Zwita Foods in the summer of 2020, brothers Mansour and Karim Arem gave Houstonians a taste of authentic Tunisian harissa, prepared from scratch with sun-dried chili peppers—a product they lacked among the mass-produced varieties found in US markets.

The duo got off to a successful start, landing their harissa paste in small batches at the Central Market and adding a smoky flavor to existing sweet and spicy varieties last September. Now they’re expanding Zwïta’s product line even further with the launch of pot shakshuka, a North African tomato-based dish with poached eggs that has become ubiquitous on brunch menus in recent years. Zwïta’s Zucchini and Potato Shakshuka is packaged in 12-ounce jars and ready to reheat at home.

“It’s our family’s recipe,” Mansour said, citing the dish as one his mother, Noura Arem, often made for him and his brother when they were growing up. “Our grandmother made it, and also her mother before her.”

Mansour says the dish’s trend has led to cheap versions that are lumped in with Mediterranean cuisine “to appeal to the masses”, diluting the dish’s Tunisian origins. He explains that the combination of tomatoes, onions, peppers and organic extra virgin olive oil with Zwïta’s traditional harissa paste makes it a hearty consistency, similar to vegetable stew, rather than tomato sauce. thin often served in some brunch restaurants.

“It’s thick – the vegetables make up the whole base,” he said. “I describe it as a Tunisian ratatouille.”

Mansour recommends heating Zwïta’s shakshuka in a pan, then cracking up to six eggs into the mixture, letting them cook until desired doneness before serving the dish with thick toast. The amount of a 12 ounce jar is a substantial meal for two. Unopened, the jars can be stored in the pantry for up to a year, making them a quick and easy option for a gourmet breakfast of champions.

The Arem brothers are fully involved in the manufacture of their products. They rent space in a commercial kitchen, carefully produce their harissa pastes and shakshukas in small batches, and pot them on site.

Right now, Zwïta’s shakshuka-in-a-jar is sold nationwide on their website and at Local Foods and the Asch Building in Houston. Mansour says they hope to make it available at Central Market and HEB stores soon.

Home cooks can experiment with mild and spicy versions of zucchini and potato shakshuka for now, but the siblings plan to add even more combinations later. “We are thinking of beans, potatoes and eggplant for the next one,” Mansour teased.