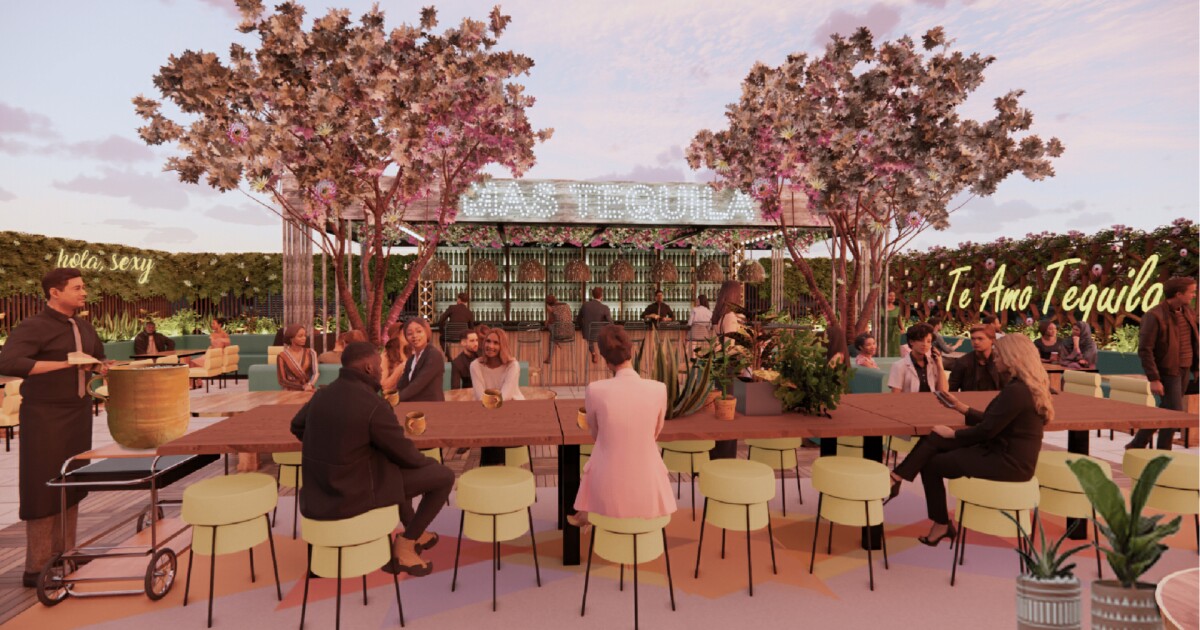 The 5,000 square foot outdoor venue will occupy the rooftop space currently occupied by the 5th & Sky bar atop the TheatreBox building at 701 Fifth Ave. Chef Jorge Cueva will create the Mexican menu including tostadas, tacos, burritos and enchiladas. , plus Mexican-flavoured “Japa-Mex” sushi rolls, birria, Ensenada-style fish, and a 64-ounce tomahawk steak. The bar menu will highlight a collection of over 160 tequilas and mezcals.

The San Diego location will be one of three Villa One Tequila Gardens locations the partners are planning for the near future. The others are in Las Vegas and Miami. Visit villaonetequilagardens.com.

Mayur Pavagadhi, co-owner of Paon Restaurant & Wine Bar in Carlsbad Village, has rented the now closed West Steak & Seafood site at 4980 Avenida Encinas in Carlsbad, which he will reopen this summer with a new steak and seafood concept from its own.

West Steak & Seafood, a popular 4,700 square foot restaurant opened in 2005 by developers Gary and Mary West, closed at the start of the pandemic and never reopened. Pavagadhi was able to take over the fully-equipped restaurant under a 10-year, $2.03 million lease managed by Mike Spilky of Location Matters. The as-yet-unnamed project is expected to open in June or July, after expanding the restaurant’s patio and fireplace.

Moe’s Mission Beach, a new vintage steakhouse concept from OMG Hospitality, opened March 4 in the former Saska Restaurant on Mission Boulevard. The name is a tribute to OMG owner Eric Leitstein’s grandfather, Moe, who inspired his career in the restaurant industry.

Everytable, a Los Angeles-based food company that sells its home-delivered meals on a sliding scale, opened two storefronts this week in Vista and Chula Vista.

The new locations, open 11 a.m. to 6 p.m. weekdays only, are at 620 Hacienda Drive in Vista and 510 Broadway, #6 in Chula Vista. In addition to offering take-out meals, the stores sell packaged meal ingredients, bottled beverages, pastries, coffee, and tea.

Everytable was launched in Los Angeles in 2016 as a take-out restaurant offering hand-prepared meals at affordable prices. Last fall, the company raised $16 million to expand its reach through subscription meal delivery, with the goal of bringing low-cost meals to Southern California’s “food desert” communities. Delivery has been available since last June with pricing based on median household income for each neighborhood. For example, a meal that costs $6 in Otay Mesa would cost $9 in Del Mar. For details, visit everytable.com.

SeaWorld San Diego has launched its annual Seven Seas Festivals, where theme park visitors can purchase samples of more than 150 international food and beverages and enjoy live entertainment. This year’s festival features 30 new food items, 50 cocktails and wines, and more than 50 craft beers from San Diego and beyond. The event runs until May 1.

For $65, customers can purchase a pass to sample 10 foods or beverages. A 15-item pass is $80. SeaWorld is offering Southern California residents a 12-month pass for $10 a month, which includes three free food samples. For more details, visit seaworldsandiego.com/7seas.

Kragen writes about meals for the San Diego Union-Tribune. Email him at [email protected]