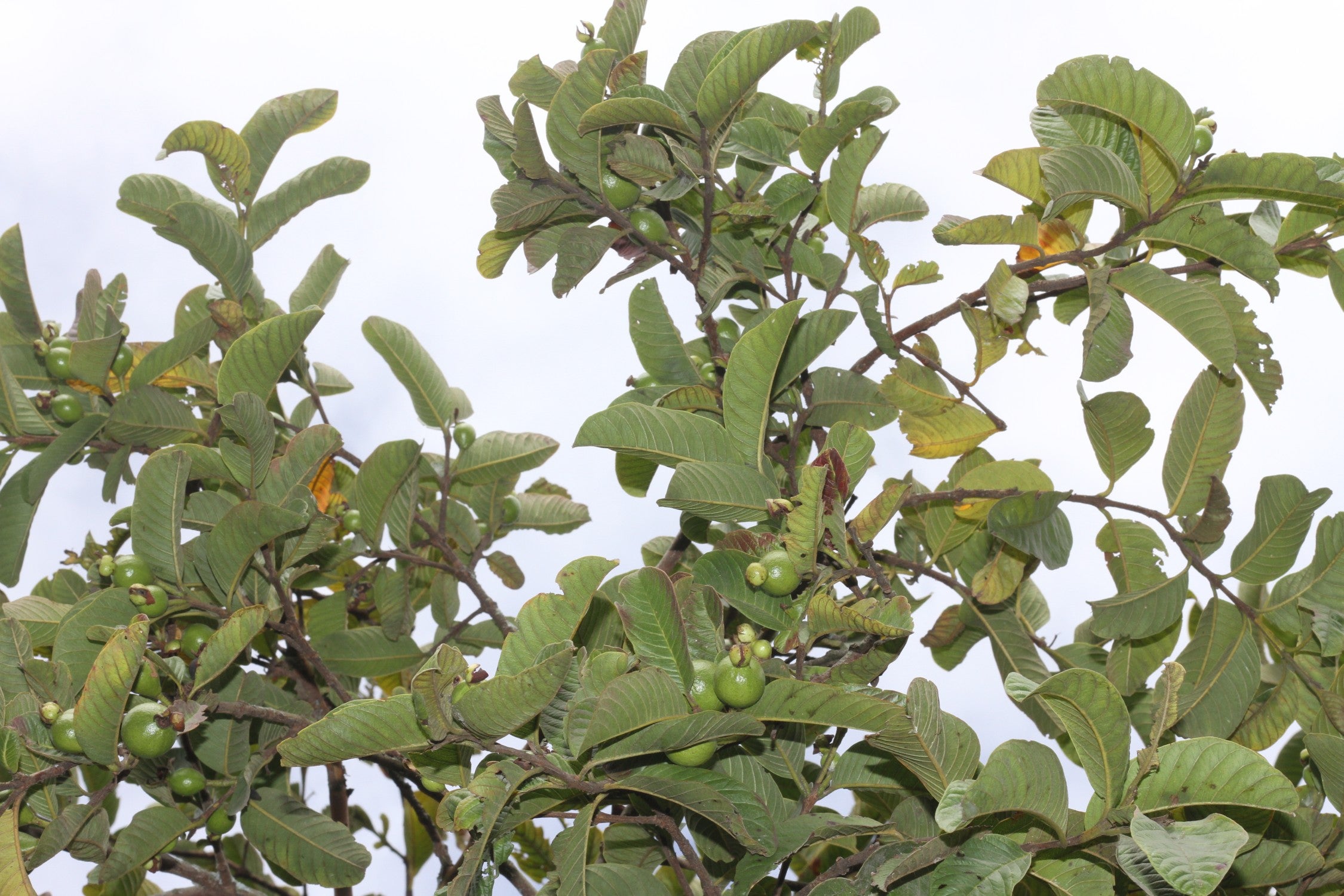 Last New Year’s Eve, my husband was reunited with his parents in Havana, Cuba, for the first time in two years. This visit more than ever, the baggage allowance seemed far too low for all the items he wanted to bring back to his family.

Some of the things he managed to squeeze into his carry-on could be considered essentials, like over-the-counter medication and a toilet seat (which are hard to find in Cuba these days).

Many immigrants can relate to the experience of commuting between their home country and their adopted country. I knew that my husband’s decisions on what to bring would be just as difficult on his trip back to the United States, especially when it came to groceries, which were not basic necessities but rather nostalgic products. They satisfy the emotional need of immigrants to stay connected to their place of origin. This category includes casquitos de guayaba, a traditional Cuban dessert prepared by cooking peeled, halved, and seeded guavas in water and sugar over low heat. As the fruit cooks, the flesh of the guava changes from white to a beautiful bright red. Once soft and cooled, the flesh is served with its syrup, accompanied by a cream cheese or another soft cheese.

The day after my husband left our home in Topeka, Kansas, I invited my mother to come with me to buy some white corn. I had seen a local seller advertising on Facebook. White corn is a nostalgic food for me. In 15 years of living in the United States, I have only found white corn sold in a store once – in a freezer at World Foods, when I was a graduate student living in Champaign, Illinois. I will never forget the colorful label on the plastic wrapper: “Giant Peruvian Corn”. I thought “giant” sounded a bit ridiculous; the exaggerated description must have been intended to contrast the sweetcorn kernels commonly available in the United States

We drove to the address given in the Facebook post, though we weren’t looking for corn so much as fond memories of eating it back home in Ecuador, with a side of soft curd cheese. To our surprise, we discovered that the place was not a real store, but a stall set up in someone’s backyard. The seller explained that he brought the products from Mexico in a truck and stopped in several towns on the way to Kansas to sell them. By the time he arrived in Topeka, he had already sold some items. Luckily for us, there was still plenty of corn, so we picked several cobs, as well as a pile of fresh beans with pods, also a rare find.

I was excited when I noticed that the seller also had a box of very green (not ripe) guavas. I picked about six and added the fruit to our harvest, making a mental plan to let the guavas ripen over the next few weeks in a warmer part of the house so I could make my first attempt at casquitos de guayaba as a surprise for my husband when he got home.

Another pleasant surprise was a large box next to the man’s truck containing several whole zambos (large leafy gourds), a fruit that looks like a small watermelon – and something we hadn’t seen in any of the so-called grocery stores” ethnic”. while living in the US Seller was asking $20 for one. My mother hesitated. In his memory, the price of a large zambo in our hometown of Quito was only pennies about 40 years ago, and even today it wouldn’t cost more than five dollars in the markets there. low. “Too expensive!” she whispered to me, her back turned to the salesman so he wouldn’t hear.

As we debated whether to pay what my mother considered an exorbitant price – but which the seller considered fair, considering the effort of bringing the fruit from Mexico – he asked us if this food was well known in Ecuador. I told him that as a child, my grandmother cooked soups and desserts with the zambos she grew in our garden. I added that zambos might actually originate from the Andean region in South America. He looked surprised. “In Mexico, we call it chilacayote,” he said, explaining that it’s most often eaten as a dessert, slow-cooked with piloncillo (unrefined cane sugar) and cinnamon sticks. The Ecuadorian version of this recipe is nearly identical, with the option of adding blended or pureed fruits like pineapple, guava, or naranjilla.

We prepared to pay. My mother has decided to leave behind the dear zambo. Suddenly, the seller changed his mind. He offered it for $15 as a concession, given the special family significance the vegetable held for us. My mother was still not convinced. “Think about it,” I said, “you may never be able to find this here again.” You don’t really mind spending $15 on a restaurant meal or a few items at a garage sale. We could cook the zambo soup Grandma used to make. It is more than worth it. She finally gave in and we carried the zambo along with the guava and other produce to our car.

When I picked up my husband from the airport, I knew he would bring some nostalgic goods – he had enthusiastically told me about it during our daily Whatsapp calls. The foods included canned mangoes which I was not thrilled about, given our previous experiences of fruit taking on a metallic taste and having to throw them away.

As we were driving home, he confessed that he had wanted to surprise me with homemade casquitos de guayaba, prepared before his trip by my father-in-law. We had smuggled them in our suitcases on previous trips back from Cuba, wrapped in a plastic container and sealed with tape to prevent leaks. Unfortunately, this time they couldn’t find any guavas to sell in the markets in their Havana neighborhood. “It’s too bad,” I said, then told him that I had planned to surprise him myself with casquitos. In my case, however, the guavas had refused to ripen even in the hottest spot in the house near the heating vent. Conditions were less than optimal; those weeks had been the coldest of the entire winter in Kansas.

I’ve always thought that the foods we associate so strongly with the places we grew up are an aspiration. For this reason, they are almost always disappointing. The romanticized memories and high expectations that arise from the difficulty of transporting them rarely correspond to reality: bland, artificially preserved or sometimes even tasteless vegetables. The resulting meals fall short of the meal I idealize in my memories. In some strange way, then, it’s not the enjoyable dining experience, but rather the ensuing disappointment, that continues to fuel endless attempts to satiate those home-snack cravings.