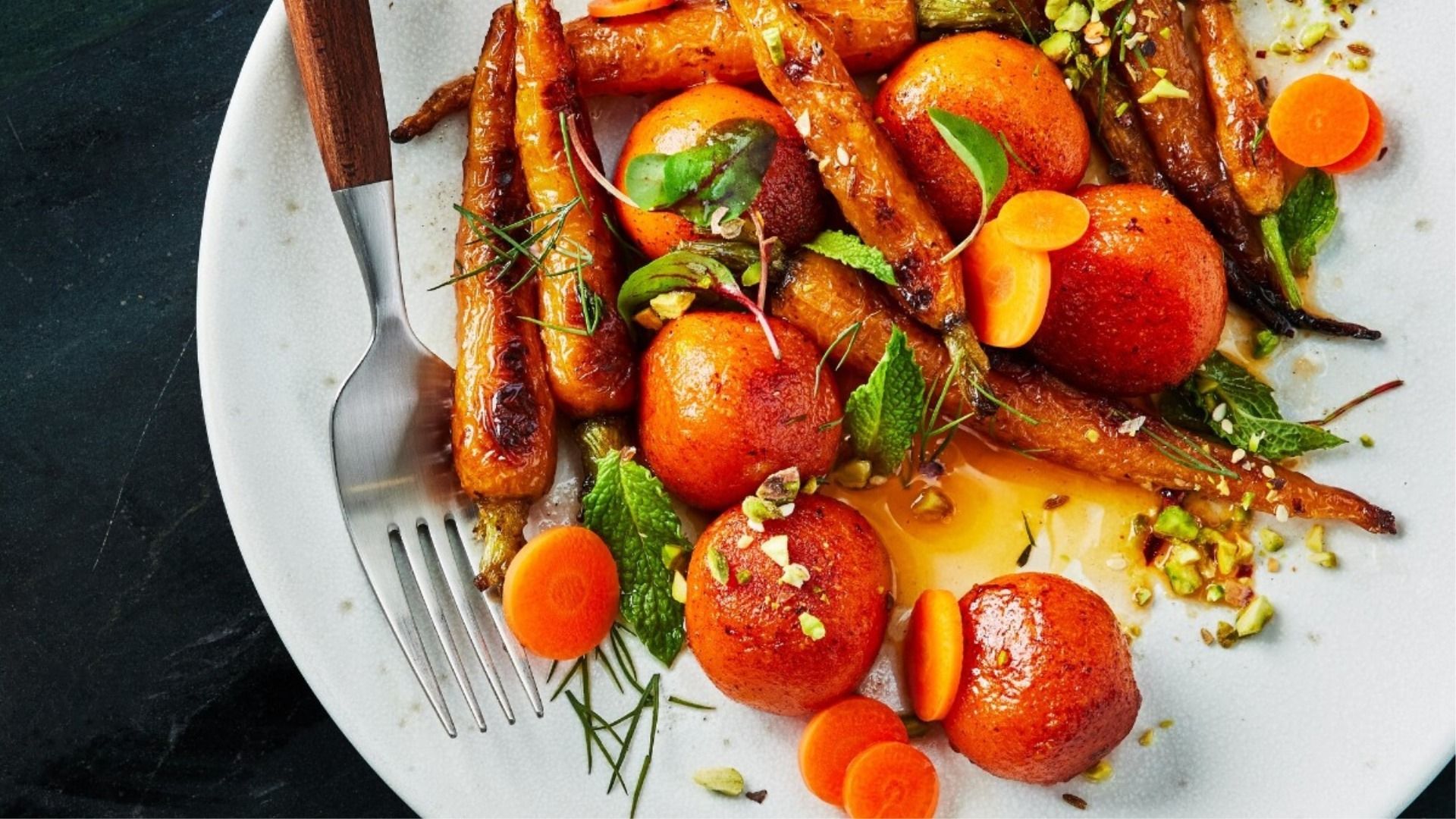 The mochi dish from State Bird Provisions in San Francisco is close to my heart, as it was one of the first dishes I created for the restaurant.

It was born out of a kombu cooking challenge that chef/co-owner Stuart Brioza asked the whole team to take on in the fall of 2014. At the time, I was the morning saucier, not yet the chef of the restaurant. I chose to combine kombu and rice, which are very often found together, but I wanted to offer an original version.

As I was researching what to make, I remembered the first time my grandmother had served me a tasty snack of pan-fried mochi with shoyu and nori. I was 7 or 8 years old, and at the beginning, I complained and protested: Mochi, for me, it was a dessert. I refused to believe it could be tasty.

After the first bite of the soft, hot and salty mochi, I was completely shocked, super excited and naturally ate the entire plate.

To replicate this moment of discovery, I decided to make a savory mochi dish using a base of mashed cooked vegetables seasoned with kombu and mochiko, the glutinous rice flour used to make mochi, as a binder. It’s not so far from a gnocchi made with potato and flour.

Every time I make it, I remember my grandmother and thank her for introducing me to the joys of savory mochi.

How to make carrot mochi

Simmer fresh spring carrots in carrot juice until carrots are tender and juice is reduced for a double dose of carrot flavor.

Puree the cooked carrots with an extra splash of fresh carrot juice to form a smooth, silky puree.

Working with 1 tablespoon of mochi dough at a time, roll dough between palms to form smooth 1-inch balls.

5. Blanch and shock the mochi

Cook the mochi balls in boiling salted water to set the paste, then cool in an ice bath. (The mochi can be made before this step and stored in an airtight container in the fridge for up to 24 hours.)

Fry the savory mochi in brown butter to crisp the outside of the dumplings while maintaining the fun and classic mochi texture inside.

This story first appeared on www.foodandwine.com.

Food & Wine and the Food & Wine logo are trademarks of Affluent Media Group. Used under license.